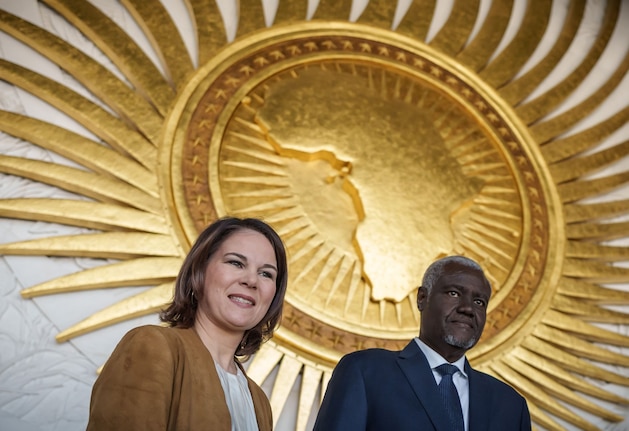 Western foreign policy has become the playground of moralists. You don’t want to understand the other, you want to teach them. And if the teaching is not fruitful, one wants to punish the other. High time to reflect on Henry Kissinger.

A value-based foreign policy has replaced non-interference in internal affairs, the concept that helped us survive the Cold War. Their instruments are entry bans, economic sanctions, country embargoes, boycotts of sporting events and, as a kind of crown of creation, the delivery of war equipment to friendly actors.

This paradigm shift is being pushed through in Germany with almost no political resistance. The hallmark of foreign policy used to be keeping a cool head, now it’s the raised index finger. States like Qatar, Kuwait, China, Iran, Hungary, Poland and many others can rest assured of our outrage.

Political strategies that have been fundamental to our way of dealing with other states have been quietly suspended:

The concept of “soft power politics” – developed by Prof. Joseph Nye – is based on flanking hard power, i.e. the use of economic pressure and military force, with gentle forms of influence. For him, soft power was the spread of American pop music, payments from the Marshall Fund, but also the installation of American-influenced organizations such as the UN, the World Bank, the International Monetary Fund and the World Trade Organization.

Nye assumed that there were more efficient ways to influence other states than to threaten or shoot at them. Nye describes the ability of an actor to successfully combine soft power and hard power as smart power. Nye provided the key concept for foreign policy in the Clinton and Obama years.

The idea of ​​”non-interference in internal affairs” goes beyond the idea of ​​soft power. It consists in the fact that trusting cooperation should also be possible between nations with different systems of government and military alliances. One looks past the ethically questionable methods of exercising internal power, as in the case of the GDR, the Soviet Union and the People’s Republic of China, in order to achieve stability in external relations. In return, labor camps, death sentences and the spying on the opposition are tacitly acknowledged.

The idea of ​​”moral neutrality” – another technical term for this way of thinking – describes the opposite of a value-based foreign policy. One lives by deliberately looking the other way – in the interest of world peace. This approach was developed after the Thirty Years’ War and manifested in the Peace of Westphalia.

To a certain extent, the concept of “change through trade” flanked ignoring and looking the other way with economic assistance. It was assumed that in the course of stable trade relations and thus growing dependencies between two states, understanding for one another would grow and a convergence of the systems would begin.

Due to the strong material interest in good export and import relations, the political alternating current would, so to speak, be switched to direct current, which should also legitimize militarily rival states in the eyes of their citizens. The idea was that the desire to go to war would be significantly dampened by export profits.

Why this is important: Today’s foreign policy in the USA and now also in Germany has taken a significantly different path. The system rival is no longer accepted, but sanctioned. Economic sanctions are increasingly filling the diplomatic space between protest notes and war.

During the Trump administration, the United States issued almost 4,000 sanctions against companies, organizations and individuals. Four sanctions per working day, as Agathe Demarais wrote in her book Backfire. How sanctions reshape the world against US interest”.

For them, Bill Clinton was the last president to fight back against sanctions. He said in 1998: “We are in danger of sanctioning everything that we don’t like.” That’s exactly where we ended up today.

The author, who used to work as an economic adviser for the diplomatic corps of the French Ministry of Finance herself in designing and enforcing sanctions, describes the enactment and monitoring of sanctions as a “low-cost policy”. Because no military equipment is used, no soldier dies and the costs of implementation lie with private companies and consumers.

Interesting: The expert warns against overuse of this instrument. The permanent economic punishment leads to “sanction overkill” because in the end all economic relationships are politicized. Many trading partners disappear from the map. The supply chains are being disrupted. The prices increase.

And: Economic sanctions hit the normal population in the so-called rogue states. The supply of medicines is affected, food supplies are stagnating and jobs are being lost. Agathe Demarais says: “In the long term, the American dream will be destroyed in the sanctioned countries and anti-Americanism will be bred.”

Conclusion: Henry Kissinger, who is flying to Davos this week, is the most eloquent advocate of peaceful coexistence. But he senses that he is losing ground: “All the important powers have so far relied on the principles of the Westphalian order, but none sees themselves as natural defenders of the system.”

The world elite should listen to the 99-year-old. There are good reasons to doubt the rationality of the new “values-based” foreign policy.