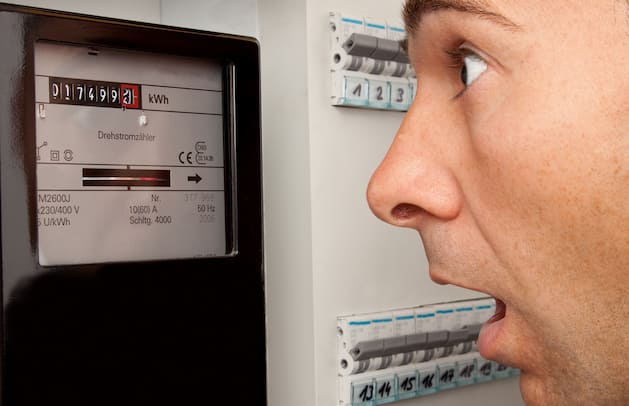 Spain was the first EU country to make a proposal as to how the EU electricity market could be reformed in order to at least partially slow down the extreme rise in prices. But the idea would have dire consequences.

Electricity is getting more and more expensive, the pressure on governments in Europe is growing. The gas price cap, which the energy ministers of the EU member states decided in December, is only an emergency solution. In Germany, it will apply retrospectively from January, and there is also an electricity price brake. In the medium term, however, the energy market in the EU is to be reformed in order to keep energy affordable. Now the left-wing government from Madrid has made a proposal to the EU Commission that has it all.

The EU Commission had already proposed in August 2022 to decouple the previously linked markets for electricity and gas in order to eliminate gas as a price driver for electricity. However, the Spanish proposal now envisages removing renewable energies from the electricity market and trading them separately.

The EU Commission proposal, parts of which became known in December from a leaked paper, also envisages changing the so-called merit order principle, which has so far been responsible for pricing on the electricity market.

Schlossarczyk is not surprised that the Spanish government, which currently holds the semi-annual rotating presidency of the EU Council, made the move. Because since last year Spain has decoupled the electricity price from the gas price. “However, this has led to more gas being consumed and also being converted into electricity, which is rather counterproductive if gas is to be saved,” says the energy market expert. Because of the capped gas price in Spain, gas was converted there again and delivered to France, so the Spanish subsidies have flowed abroad.

“If we only tamper with the symptoms, we won’t solve the actual problem,” warns Schlossarczyk, “namely increasing supply by expanding electricity generation capacities.” And further: “The currently high electricity prices are an indicator of shortages.” in turn offers an incentive to invest in renewable energies, explains the electricity market expert.

From his point of view, the merit order system therefore has its purpose. It is “not an invention of the electricity industry to generate the highest possible prices”, but a consequence of the liberalization of the electricity market. Rather, the aim is to cover demand with the cheapest possible electricity. In the case of an electricity surplus, this can also mean that the price is very low or even negative: If, for example, a lot of electricity is available from solar and wind parks, expensive power plants do not have to go online, so the price remains low. “Just because gas-fired power plants have high electricity production costs due to high gas prices, does not mean that they are also needed,” explains Schlossarczyk.

The currently high prices for electricity are an incentive to invest in renewable energy sources. In addition, the investment costs for the expensive solar and wind parks have to be refinanced again. If the electricity price is too low, the costs for the expansion cannot be covered. “The scarcity in the market, visible in a high price level, is an incentive to invest in new power plants and thus alleviate the symptom of expensive electricity prices in the long term. This increases the supply and the price falls again. That’s why the merit order is basically a suitable instrument for creating a transparent and efficient balance between supply and demand at the best price,” says Schlossarczyk.

However, the decoupling of the renewables would also be problematic for another reason: Because there is no guarantee that electricity from water, wind and solar systems will always be available. “If these systems are not available, other power generators must be used,” explains the expert. In case of doubt, gas-fired power plants are used in addition to coal-fired power plants.

So what seems attractive from a consumer perspective would have the long-term consequence that state subsidies would be necessary to finance the construction costs of sustainable power plants. “Somebody has to bear the costs,” warns Schlossarczyk – in the end, consumers could get cheaper electricity prices, but on the other hand a significantly higher tax burden.

In Brussels, however, there is still a covert reaction to the Spanish proposal. The EU Commission has announced its own reform proposal for the energy market for the first quarter.

The European Parliament also wants to wait and see what will happen. Niklas Ninaß (Greens) is a member of the responsible committee for energy. In principle, he welcomes the reform of the electricity market and the decoupling of electricity and gas prices. But: “According to the Spanish proposal, the prices for renewable energies would be fixed for the long term”,  even if they become cheaper again on the free market.

“When we talk about a new European electricity market design, the goals must be clear: We need a cheap, secure and sustainable supply.” This is only possible with renewables, “because they make Europe independent of foreign energy imports,” concludes Ninaß.

But one thing should already be clear: the reform will take time.