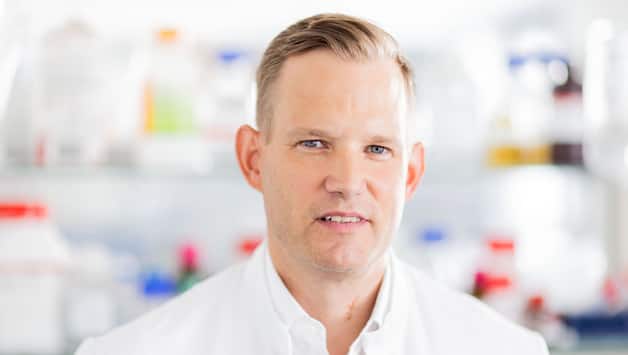 Virologist Hendrik Streeck also sees an end to the corona pandemic and therefore calls for a different approach. It makes sense to go from rules to bids, he says in an interview with FOCUS online.

The end of the pandemic announced by Charité virologist Christian Drosten made waves – at least among the population. Because virologists and doctors are less surprised.

“Ultimately, several experts have already said that in the past few weeks, such as Stiko boss Thomas Mertens,” said virologist Hendrik Streeck in an interview with FOCUS online. “At the time it caused a lot of excitement.” But he also agrees with Drosten – “from a virological point of view”. Because it is always a political and social decision whether the end of a pandemic will be announced.

A conversation about how to deal with Corona in the future, the potential end of the Corona rules and what could change with regard to vaccinations.

FOCUS online: After the announced end of the pandemic – how will Corona continue?

Hendrik Streeck: The virus is now at home. Due to the high basic immunity and omicron, however, it no longer makes people as seriously ill as it was at the beginning of the pandemic. Nevertheless, we will always see corresponding waves of infection in autumn and winter. This is the classic cough and runny nose season, we all know that. And we also see that for the other domestic corona viruses, which always rise in autumn and winter and fall again in spring. We have to see how the corona virus fits in here. But it can be assumed that this will be the case in the future.

This is also shown by the fact that other pathogens, such as influenza viruses or RSV, are currently getting through much more strongly. From my point of view, there is no longer any reason to give Corona a special position in principle. We have to slowly but steadily dare to adapt to the other pathogens.

There is no vaccination against the local corona virus. Do you think the vaccination recommendation for Sars-CoV-2 will remain?

Streeck: I think the Standing Vaccination Committee (Stiko) is doing a very good job. How she will decide remains to be seen. However, I assume that the StiKo will always recommend a booster vaccination for those over 60 in autumn and winter. Similar to the flu vaccine.

Can the Corona measures already be lifted? Doesn’t that increase the pressure on the already overburdened clinics?

Streeck: At the moment we have a tense situation, so we have to continue to be careful and take it into account. But the real problem is our healthcare system, which is in urgent need of reform and in which there is a lack of qualified specialists. That’s why the cold waves caused by influenza and RSV repeatedly lead to such severe stress.

Still, it makes sense to talk more about commandments than duties. In my opinion, we have to harmonize the way we deal with the corona virus, with that of other corona viruses, other pathogens.

Prof. Dr. Hendrik Streeck is Director of the Institute for Virology at the University Hospital Bonn and a member of the government’s Corona Expert Council. He is accompanying the corona pandemic as an expert and researcher. Among other things, he examined the spread of the virus in the Heinsberg district, one of the first German corona hotspots, for a study. During his career, Streeck, who grew up near Göttingen, worked at Harvard Medical School in Boston, among other places.

What do you mean specifically? Which corona measures can be taken?

Streeck: First of all, the question has to be asked to what extent the currently applicable measures still influence the course of infection at all. We have a mask requirement in long-distance transport, which is not effective, for example. Large foci of infection have never been observed here. In contrast to bars or restaurants, for example, where restrictions no longer apply. A mask requirement on long-distance trains is window dressing.

People in hospitals and retirement or nursing homes are a population group that requires special protection. But the houses all have experts on site. The hygiene specialists who either work in the facilities or come through the health authorities. They know exactly how best to protect patients or residents. Instead of a federal or state-wide regulation, the houses should therefore create their own rules – as they do for other pathogens.

Do you have a demand for politicians?

Streeck: What I would wish for is a stringent line. I found it very surprising that an exclamation (from Drosten; editor’s note) triggered such a reaction – in my view, something like that is not good for political decision-makers either, because it makes processes appear haphazard.

I believe that an understandable, foreseeable line would make a significant contribution to managing the issue more confidently overall.

What lessons can we learn from the pandemic?

Streeck: The pandemic has shown that we are prone to simple, polarizing opinions, camps are opened and compared. But if we really want to learn from the pandemic, we have to stop thinking in camps and seeing people with different opinions as opponents.

Corona should not be remembered as a social poison, even if it feels that way at the moment. It must be transformed through an honest and level-headed review. And I don’t mean a pointer! It should be used as a catalyst to change the space of debate in Germany and to bring society, science and politics back into line. This positive outlook of the pandemic includes self-criticism as well as praise for what was ultimately successful and thus serves as a model for future processes – I appeal that we start with that.