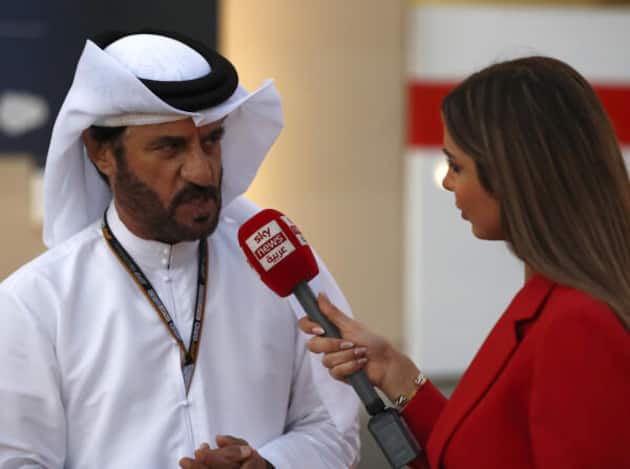 FIA President Mohammed bin Sulayem has defended Saudi Arabia and the United Arab Emirates against allegations of “sportswashing” and violations of human rights and sees no problem with the issues raised.

In recent months and years, the topic of “sports washing” has been brought up again and again at sporting events. Countries in the Middle East in particular are repeatedly accused of wanting to improve their tarnished image with prestigious sporting events – like Qatar with the 2022 World Cup.

This is also an issue in Formula 1, because in 2023 the premier class will even drive four races in the Middle East: in Bahrain, Saudi Arabia, Qatar and Abu Dhabi.

“Saudi Arabia creates an opportunity. The changes we’re seeing here are just incredible.” Above all, the often criticized rights situation of women, who until recently were not even allowed to drive, has improved significantly.

“I see women driving cars, women working in restaurants, women doing the service in hotels. This is a huge development,” said Bin Sulayem. “The people who come from other countries and work here have never been forced, nor are they detained here.”

And it’s similar in his home country, the United Arab Emirates, which has had a Formula 1 Grand Prix in Abu Dhabi since 2009. Dubai, for example, has developed into a real hotspot in recent years, which many German influencers have also made their home.

“Trust me: in the United Arab Emirates, we have 90 percent foreigners living here. We are the minority,” says Bin Sulayem, asking: “Did anyone force you to come here? And did someone make her go? Or stay here? No.”

The FIA ​​​​checks the allegations in advance. “And what we see here is that human rights are protected,” he says of Saudi Arabia.

“I can see the standard of human rights here. But do we need the European standard? The American standard? The Asian standard? These are the questions that are always asked,” said the President. “We as the FIA ​​check that. And if we have proof, then we’re happy to act.”

The original of this article “FIA President defends Saudi Arabia against allegations” comes from Motorsport-Total.com.