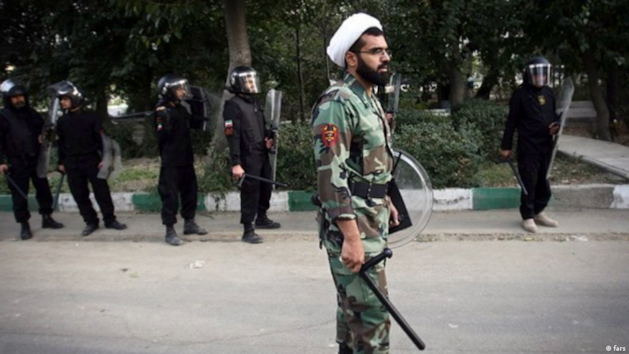 “We don’t know which of us will be arrested next. The mood is depressing,” say journalists from Iran in background discussions. They avoid interviews with foreign media. They try to inform the world about the situation in Iran via social networks.

Just like the journalist Milad Alavi: He was arrested on January 1st. Why? “He doesn’t know himself yet either,” his brother announced on January 2 via Twitter. The security authorities had already searched his apartment on December 13 and confiscated his smartphone and laptop.

Alavi reported on the victims of the recent protests and their families. The nationwide protests following the death of Jina Mahsa Amini in police custody were brutally suppressed by the state authorities, as was the case with other waves of protests in the past.

According to estimates by human rights activists, at least 470 participants in demonstrations have been killed and more than 18,000 arrested since mid-September. Now the authorities are settling accounts with those who have reported on those affected.

According to the human rights organization Iran Human Rights, at least 62 journalists are currently behind bars.

Milad Alavi, who works for the reform-oriented Tehran daily Shargh, is now in the same prison as the well-known sociologist Saeed Madani. At the end of December, Shargh reported that Saeed Madani had been visited several times in prison by high-ranking officials from an unnamed ministry.

“They wanted suggestions from him on how the unrest in the country could be ended,” his lawyer Mahmoud Behzadirad told Shargh in an interview. Saeed Madavi is said to have advised stopping the violence and considering the rights of the protesters.

Nevertheless, the 61-year-old was sentenced to nine years in prison at the end of December. In his articles and books, he advocated the “formation and leadership of anti-establishment groups” and “spread propaganda against the Islamic Republic of Iran,” according to the verdict.

The distribution of Madani’s books was already banned in the summer. The professor from the University of Tehran was arrested in May 2022. At the time, he spoke in an interview about the protests against inflation and food shortages in the country and warned: “These protests must be taken seriously because they are directed against the entire political system and because they are recurring.”

Madani, who has been repeatedly arrested over the past 13 years, appeals in his books for solidarity within civil society and for the courage to stand up for one’s convictions everywhere and fearlessly. A number of his colleagues at the universities are now being punished for precisely this reason.

For example, Farshid Norouzi, professor of English literature at the University of Mazandrab in the north of the country: On January 2, he announced via Instagram that his contract had been terminated and that he was no longer receiving a salary for the current semester. The reason: he had refused to pass on the names of the students who had boycotted courses to the security authorities.

“A number of well-known lawyers who have always campaigned for human rights were also arbitrarily arrested,” Saeid Dehghan told DW. The human rights lawyer has been living in Canada for a few months and is trying to establish a network of experts abroad who can offer advice and help to people in Iran.

There are hardly any independent lawyers left in Iran who stand up for their clients without fear of becoming a victim of persecution and becoming a political prisoner themselves. “We document the systematic violations of rights and also the names of the judges who pronounce injustice. We are in contact with the independent commission of inquiry set up by the UN Human Rights Council to investigate impunity in the crackdown on Iran’s protests,” Dehghan said.

The goal is, among other things, to stop the execution of death sentences in Iran. More than half of all executions are carried out secretly, the human rights organization Iran Human Rights Activists News Agency HRANA reports on January 3. In 2022, only 35 percent of executions are said to have been officially announced. At least 565 people were executed in Iran in 2022, including two in connection with the nationwide protests, according to HRANA.

At the moment, 26 other detained demonstrators are at risk of execution. They were sentenced to death in show trials to intimidate the population and quell the protests. At least 11 people have already been sentenced to death and 15 others are charged with crimes which carry the death penalty in the Islamic Republic of Iran, such as “war against God”. It doesn’t take much in Iran to sentence people to death. An example is the writer and illustrator Mehdi Bahman.

Bahman was sentenced to death by a Tehran court after an interview with Israeli television. Mehdi Bahman, a long-time advocate for interfaith dialogue and peace, advocated normalizing relations between Iran and Israel.

Since the Islamic Revolution of 1979, those in power in Iran have viewed Israel as their archenemy and have threatened to wipe out the State of Israel. Intellectuals like Mehdi Bahman are considered “spies”. Bahman was arrested in October 2022 and charged with “espionage”. Without legal representation during the trial, he was sentenced to death in December. The authorities in Iran have accused foreign powers of being behind the current protests in the country.

The original of this article “Iran: Arrests and professional bans for supporters of the protests” comes from Deutsche Welle. 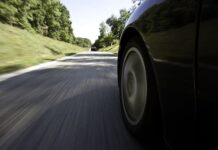 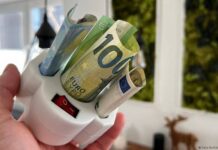 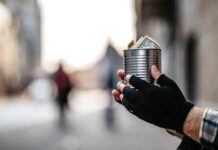 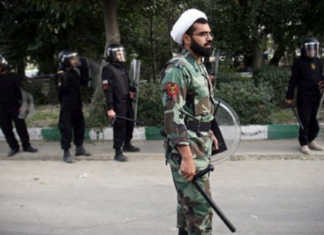 News Editor - 07/01/2023 0
"We don't know which of us will be arrested next. The mood is depressing,” say journalists from Iran in background discussions. They avoid interviews...