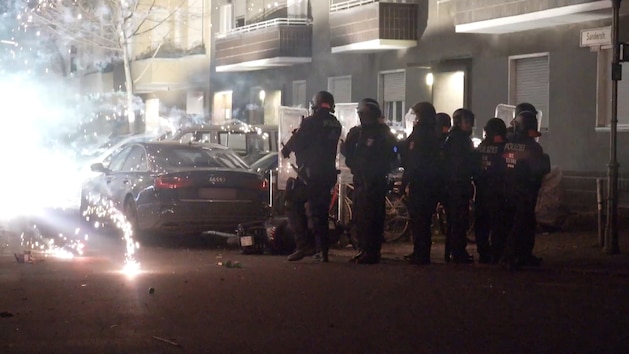 DOMRADIO.DE: Shaking heads and bewilderment are the reactions to the events of New Year’s Eve. Can you imagine why such scenes occur?

Norbert Verse (emergency chaplain at Crisis Intervention Berlin): I have absolutely no understanding. I have no thought to classify that. When I am involved in day-to-day operations in the rescue service or in the fire brigade, I come across people who react differently to special events, some with aggression.

I can’t understand why I’m getting involved to lure emergency services into an ambush and make a hunt out of it or attack them.

DOMRADIO.DE: You look after people after a bad event and come to the rescue as a pastor. How were you involved on New Year’s Eve this time?

Verse: We were involved in our usual way. There have been domestic interventions. There was an operation in the area of ​​a traffic accident, where we accompanied people and were close.

We’ve been out and about and had time for people, listened and tried to calm down situations or re-sort them with a view to the new year.

DOMRADIO.DE: The Federal Ministry of the Interior is demanding harsher punishment for the perpetrators, and the police union is demanding a comprehensive ban on firecrackers in the country for citizens so that there are no more scenes like this time. In your opinion, how should a prevention of violence look like?

Verse: Prevention is the keyword. Talking to people, explaining that firefighters and rescue workers, whether they are full-time or volunteers, are on the road to help people in need.

You have to create an understanding for this and show that they are out and about for fellow citizens. So it can’t be that I use violence against these people. It takes a lot of educational work and understanding what it means to provide help.

Respect for helpers in everyday life has been lost. We saw that clearly. This is also reported by the emergency services. A few years ago we were still talking about fewer missions, but that has changed significantly.

DOMRADIO.DE: What can emergency services do to protect themselves in the event of an attack?

Verse: The emergency services have to assess and evaluate this themselves and perhaps also develop ideas. It shows in model projects that body cams can be a support. You always work as a team, especially in the rescue services, the fire brigade and the police. Observing each other, keeping an eye on each other, observing the environment is very important.

But on an evening like New Year’s Eve, when there’s a lot going on, the darkness is there, all the effects are just there, firecrackers, firecrackers, it’s more difficult to pay attention to each other.

You probably still have to develop a lot from the experience of the emergency services and see what is possible to protect the people who are involved there.

DOMRADIO.DE: You say that you have to pay attention to the fact that there are people who want to help. The focus should be on helping. Can the churches also help and support them?

The people who work there and volunteer are exposed to particular stress. That must be made clear. There is also a need for further and targeted support.

The interview was conducted by Katharina Geiger.

The original of this post “Escalation of violence on New Year’s Eve – pastor suggests bodycams for rescuers” comes from DOMRADIO.DE.