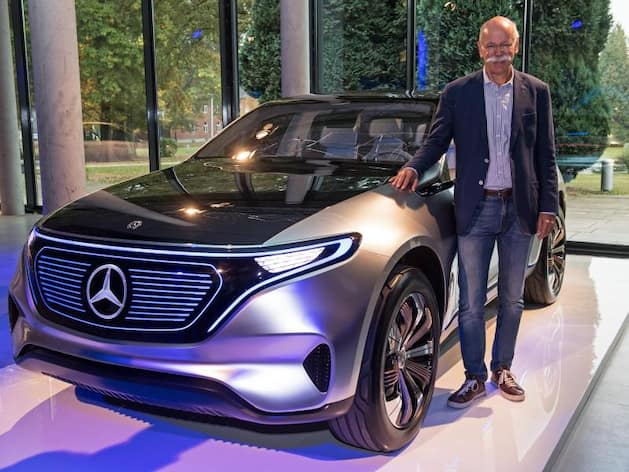 Mercedes EQ, VW ID, Audi etron: German e-models still run under their own sub-brands. But that could change soon, since all combustion engines will be phased out in the EU at some point anyway. Golf and Passat, on the other hand, could be retained as names.

According to media reports, Mercedes electric models will no longer bear the “EQ” model name from 2024. This is reported, among others, by the “Handelsblatt” and the blog “Mercedes-Fans”. In the future, the luxury cruiser EQS would simply become the S-Class, the EQE the E-Class and so on.

The probable reason for the about-face: Since Mercedes soon only wants to build electric cars anyway, the differentiation between electric and combustion engines is no longer necessary. According to “Mercedes fans”, the first Benz with an electric drive to be called “normal” again should be the next CLA. The small coupe is based on the MMA platform (Mercedes-Benz Modular Architecture), which is primarily designed for electric drives, but can also carry petrol engines. It is possible that combustion engines will simply continue to run in parallel on certain markets.

EQ was presented in 2016 at the Paris Motor Show as a new electric sub-brand, still under the then Daimler boss Dieter Zetsche. It was no secret that he was rather half-hearted about e-mobility; many car journalists still remember the almost listless presentation of the first EQC 2018 model in Stockholm. As a debut, the car was not very ambitious, it was disappointing in terms of range and was also worse than many of its competitors when it came to charging performance. Even in the details, the first etron models from Audi were much more sophisticated, for example with two charging sockets.

EQ was brought to life with a lot of marketing effort, but the modest sales figures of the first EQ models suggest that the classic clientele initially had little to do with this brand. “Sometimes you couldn’t help feeling that it was created to make people forget that Mercedes-Benz was the inventor of the internal combustion engine car. Also to counteract historical oblivion, it would be a good thing if Mercedes slowly but surely put the EQ sub-brand on the record,” says “Mercedes-Fans.de”

BMW came up with the idea of ​​parking electromobility in its own sub-brand. It was a minor sensation when BMW presented its first i3 in 2011. The Stromer was not only a break with all traditions because of its drive, but also because of the completely new BMW i division, which the Munich-based company built around the car.

After the i3 came the i8 sports car; but then nothing for a long time. Too long, because when the new Stromer i4 and iX finally rolled out, Tesla and Co. already had the biggest piece of the electric cake in their mouths. But BMW proved at least that a car manufacturer can reinvent itself. Together with the sub-brand, the Munich-based company also introduced new sales models that are more independent of the retailer and are now standard in the electronics world.

There are also rumors at Volkswagen that the era of the “ID” models could be coming to an end. In order to stand up to Tesla, but also to newcomers like Nio or Polestar, VW not only wants to add more power – with active help from Porsche’s electrical department.

Insiders report that the recently introduced abbreviation GTX for high-performance electric vehicles could also disappear. The rather unfortunate chosen signet, which was actually awarded in the late 1960s for American muscle cars from the Chrysler brand Plymouth, is to be replaced by well-known VW lines such as the GTI and R.

The only German premium brand that did not give its e-models special names right from the start is Porsche. The first electric racer, the Taycan, fitted seamlessly into the model range with the Cayman, Cayenne and Macan, at least in terms of language.