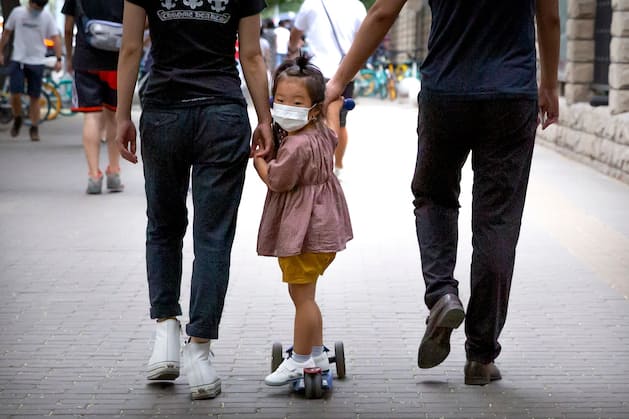 China’s population shrank for the first time in decades in 2022. This decline, coupled with the increase in life expectancy, is plunging China into a demographic crisis that is likely to have massive consequences, not just for China and its economy – but for the world, experts say.

Even the end of the one-child policy has not turned the tide in China. China’s population shrank last year for the first time in six decades. Living space, training and medical care are too expensive for many – and then there is the corona pandemic.

At the end of December, the most populous country in the world had 1.411 billion inhabitants, around 850,000 fewer than a year earlier, the statistics office in Beijing said on Tuesday. The birth rate was only given as 6.77 newborns per 1000 people – this is the lowest it has been in decades. The steadily declining number fell into the single digits for the first time two years ago.

With 9.56 million births and 10.41 million deaths, the population declined for the first time last year, the statistics office reported. According to this information, the population last shrunk in 1960 and 1961 – as a result of severe famine after the devastating industrialization campaign of the “Great Leap Forward”. In 2021, the number of inhabitants had increased by 450,000 people.

China has long been suffering from a sharp decline in the birth rate and an aging population. The effects of the “one-child policy” that has been pursued for decades are becoming more and more noticeable. The abolition of controversial birth control in 2016 led to a slight increase in births only for a short time.

Experts see the high costs for housing, education and health care in China as well as the dwindling willingness to marry as the real reasons for the worrying development. The corona pandemic, which has been going on for three years, caused further uncertainties that are likely to have accelerated the trend.

In response to the declining birth rate and the rapid aging of the population, three children were also allowed in 2021. Since then, the government has also been trying to make it easier for young couples to care for children. The cost of education has been reduced. Financial aid has been granted, and maternity and parental leave have been made easier, as many women fear that motherhood will negatively affect their careers.

Due to aging, fewer and fewer working people in the second largest economy have to take care of more and more old people. Every fifth Chinese is already older than 60 years. At the same time, the population group in the statistically considered working age between 15 and 59 years continues to decline.

“In the long term, we will see a China the world has never seen,” Wang Feng, a professor of sociology at the University of California, Irvine, told the New York Times. However, the consequences are likely to extend beyond China’s borders and be felt around the world in this century.

It is the first time since the early 1960s that the population has fallen. At that time, economic measures under Mao Tse-Tung led to the Great Chinese Famine, which killed millions and caused deaths to outweigh births. It was the worst famine in modern history. It was caused by the “Great Leap Forward” industrialization and collectivization program proclaimed by state founder Mao Tse-Tung. Estimates of the dead range from 15 to 55 million people.