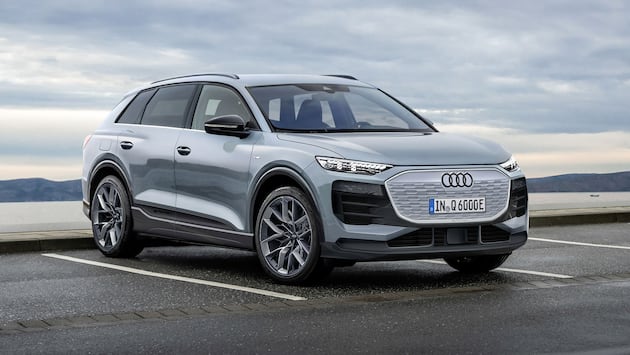 The electric Audi Q6 is a year late because there are also problems with the next-generation sister model, the Porsche Macan. From the beginning of 2024, both will go together and yet in a completely different way to catch customers. FOCUS Online has the first information.

First of all, there is already an Audi Q6, but the Chinese model has little in common with the model that should conquer Europe and the USA from late 2023 / early 2024. The design language can already be based on the near-series concept study of the Audi A6 E-Tron, which was shown in 2021 as a sedan and in 2022 as a station wagon version as a 476 hp all-wheel drive vehicle.

The Audi Q6 E-Tron should come onto the market in these months and the new Porsche Macan, then purely electric, should also be in the starting blocks. But the start of the dynamic duo has been delayed, because both models are on the new group platform PPE – Premium Platform Electric – for which there is still a lot to do.

“We develop the PPE together on an equal footing,” explains Dominik Hartmann, who works on the chassis of the Porsche Macan. As with the Audi E-Tron GT and Porsche Taycan, there is a consonance – the Ingolstadt will be the somewhat more moderate luxury model, while the Porsche Macan should stand for sportiness.

Both models will be on the road with battery packs with a size of around 100 kWh, which are equipped with prismatic cells. Audi is using this new technology for the first time with the upgrade of the E-Tron to the Q8 E-Tron. It can be charged with fast 800-volt technology, which enables a maximum of 270 kW. In less than half an hour, the battery pack in the underbody of the electric SUV should then be boosted from five to 80 percent.

While the electric Porsche Macan of the next generation, as an obligatory four-wheel drive vehicle, is said to be powerful up to 450 kW / 612 PS / 1000 Nm, the top model of the Audi Q6 E-Tron should offer a little less power in order to be able to stay under the Macan in terms of price.

The interior of the approximately five-meter-long Audi Q6 E-Tron, probably unchanged as a normal crossover and coupé version called Sportback, should be particularly elegant. The Q6 remains a pure five-seater and, like the Macan, does not have a third row of seats. An air suspension is set and a rear axle steering at least gives the platform, so that this should not only come in the planned version of the Audi Q6 RS.