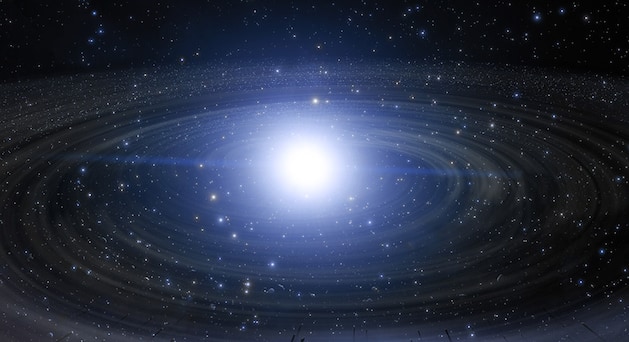 The heat is generated because these stars are at the end of their life cycle and have already contracted severely and ejected their outer layers. Some of them could also have resulted from the merger of two white dwarfs.

Our sun is only a moderately warm star by stellar standards: With a surface temperature of around 6,000 degrees, it is hotter than the cooler, smaller red dwarfs, but it belongs to the lower mid-range of the stellar spectral classes. In contrast, massive, white or bluish-white stars such as Vega, Rigel or Sirius are significantly hotter. They can get hot up to 50,000 degrees.

But it can get much hotter, as astronomers led by Simon Jeffery from the Armagh Observatory in Northern Ireland have now discovered. Actually, their sky survey served to understand the development stages of old stars in their transition from red giant to white dwarf. In this phase, the star, which was initially very inflated, contracts strongly, ejects part of its envelope and condenses its compact, hot core.

Because these subdwarfs have used up nearly all of their hydrogen fusion fuel, heavier elements such as helium, oxygen, and carbon are dominant on their surface. In addition, the material in these star remnants is extremely dense, which makes them particularly hot.

“Both the subdwarfs and the white dwarfs can have a high surface temperature,” explains co-author Klaus Werner from the University of Tübingen. Around 300 helium-rich subdwarfs are known so far.

For their study, the astronomers evaluated data from the Southern African Large Telescope (SALT), which was used to survey helium-rich hot subdwarfs. The optical telescope, equipped with an eleven-meter mirror, is located on the Karoo plateau, around 400 kilometers north-east of Cape Town.

To their surprise, the astronomers found eight extremely hot stars when evaluating the data. The surface temperature of these subdwarfs and white dwarfs was more than 100,000 degrees. Such high temperatures are extremely rare even in stars in their late phase.

“It was surprising that so many such objects were found in our sky survey,” says Jeffery.

Closer analysis revealed that beneath these hot stars are four oxygen- and helium-rich subdwarfs, with temperatures ranging from around 130,000 to 150,000 degrees. “These stars are at the high end of the temperature and gravity regime typical of this type of star,” the astronomers report. Two other dwarfs, characterized by spectral lines of oxygen and remnants of hydrogen, were still around 100,000 degrees hot.

However, the record is held by a very young white dwarf: its spectrum no longer shows lines of neutral helium, which indicates a very high effective temperature, the team explains. According to their analysis, this white dwarf must be around 180,000 degrees hot on its surface.

“As far as we know, this star is the hottest white dwarf known to date,” report Jeffery and his colleagues. The previous record holder was only around 125,000 degrees hot.

A sub-dwarf that is in the transition to a white dwarf is also record-breaking. Unlike other stars of its age and type, it is not surrounded by a planetary nebula made of ejected gases from its former gas envelope.

With a surface temperature of 120,000 degrees, this subdwarf, classified as an O(H) star, is the hottest of the few known “naked” stars of this type so far, the team explains.

As the astronomers explain, these finds provide important information about such aging, almost burnt-out subdwarfs and their careers. “These discoveries will help to better understand the late stages of stellar evolution,” says Jeffery. (Monthly Notices of the Royal Astronomical Society, 2023; doi:10.1093/mnras/stac3531)

The original to this post “Hottest stars in the cosmos discovered” comes from scinexx.