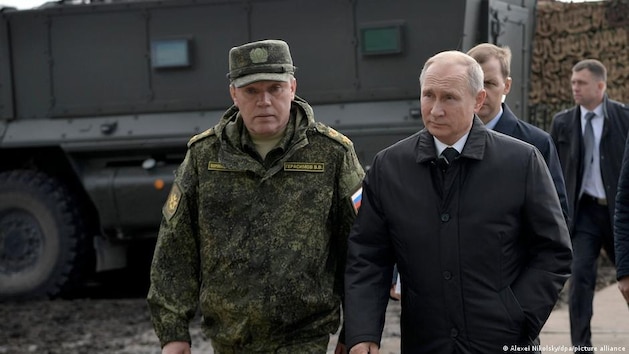 For three months, General Sergei Surovikin was commander-in-chief of the “military special operation”, as Russia still officially calls the war of aggression against Ukraine. On Thursday he was replaced as the supreme warlord in Ukraine by Russia’s Defense Minister Sergei Shoigu. It is not the first reorganization on the Russian side since the invasion began. For Surovikin it means a demotion to deputy commander. Chief of General Staff Valeri Gerasimov will now at least formally take over Russia’s military leadership in Ukraine.

This renewed restructuring comes at a surprising time as Russia is making small military advances for the first time in months. Military experts disagree about the reasons, because Surovikin actually did little militarily during his time as supreme commander in Ukraine. In addition, he is said to be relatively popular with the troops and maintain good contacts with the hardliners. Then why was it replaced?

Under Surovikin’s leadership, the Russian army withdrew from the Ukrainian city of Kherson. After the entire Cherson region was annexed, the previous withdrawal from the only regional capital that was conquered is considered a political disgrace for the Kremlin.

According to experts, however, from a military point of view it was the right decision, since the Russian positions on the west side of the Dnieper could no longer be held. The withdrawal itself was a success, security expert András Rácz from the German Council on Foreign Relations told DW: “Surovikin managed to organize a relatively orderly withdrawal from the west bank of the Dnieper. Also, under his command, the front along the Kharkiv region, in the northern part of Luhansk, was stabilized again. […] So from the operational perspective of the Russians, he did a good job.”

According to media reports, the Russian military leadership managed to remove large amounts of material and soldiers from Cherson ahead of the advancing Ukrainians. Including some of the most combative units of the Russian army – paratroopers, which could be of decisive importance for the further course of the war for Russia.

Unlike Surovikin, in the eyes of some observers, Gerasimov had already proved his incompetence in the first days of the war. Together with Defense Minister Sergei Shoigu, Gerasimov made a number of fatal decisions when planning the invasion, particularly in northern Ukraine.

Military expert Sara Massicot wrote on Twitter: “Under Shoigu and Gerasimov’s command, large parts of the Russian ground forces and airborne units were destroyed. Not only personnel, but also equipment. Thousands were destroyed. The military leadership acted so negligently that they would have been dismissed long ago in any other system.”

So what’s going on in the Russian Ministry of Defense? According to political scientist Andrei Kolesnikov of the Carnegie Endowment for International Peace, there are different factions in the Russian security apparatus vying for power. On the one hand there are the more moderate forces with Shoigu and Gerasimov. Sergei Surovikin, on the other hand, is particularly popular with the hardliners and their camps: together with Ramzan Kadyrov, the head of the Russian republic of Chechnya, and Yevgeny Prigozhin, the head of the notorious Wagner mercenary group.

According to Kolesnikov, the decision to oust the hardliners in the defense ministry was made in the Kremlin by none other than Vladimir Putin personally: “We see how Putin balances the political power of the different forces in this way. He pits them against each other, keeps an eye on them and makes sure none of them get too strong.”

Dmitri Oreshkin, political scientist and professor at the Free University in Riga, agrees. He told DW: “It’s about securing [Putin’s] power. To ensure that, Putin must be the mediator between these powerful groups in the military. At the same time, he encourages competition between factions so that no one becomes too powerful.”

But according to Oreshkin, the appointment of Gerasimov as supreme commander of the war in Ukraine also marks a new level of escalation. Previously, only ordinary generals led the so-called military special operation: “By this, Putin recognizes that this is no longer a special operation led by ordinary commanders, but a real war involving all of Russia.”

András Rácz from the German Council on Foreign Relations believes that little will change for the Russian army at the operational level in the future: “It is quite unlikely that Gerasimov will take over the operational leadership. Because he last led soldiers ten years ago.” According to Rácz, it is more likely that he will take over the coordination of the various units as supreme commander, while Surovikin will continue to be in charge on the ground.

The original of this post “Twilight of the Gods” in the Russian army comes from Deutsche Welle. 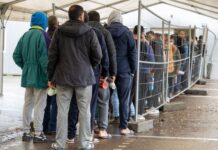 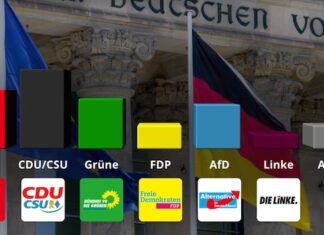