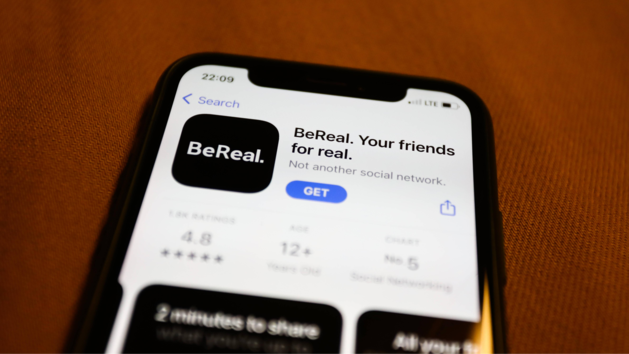 The currently extremely successful app BeReal asks its users to upload a selfie within two minutes every day. This should ensure more authenticity than other social media apps. Will the success last?

Social media often distorts reality. Platforms like Instagram create the impression that life is always exciting, always beautiful and always special. If you constantly see how happy others are, you will eventually become dissatisfied with your own life.

The fairly young app BeReal wants to do something to counteract this. Instead of letting influencers shower you with advertising, you can stay in touch with your real friends here – the app has come up with a clever trick.

BeReal is currently in high demand in the App Store because it is, so to speak, an anti-Instagram. Instead of preparing time-consuming photos, you only have two minutes each day to share a snapshot with your friends.

When that happens is arbitrarily determined by the app. Then everyone in your circle of friends has to post something at the same time. Whether you’re at work, exercising, or just taking out the trash. So the app wants to draw a more realistic picture.

In doing so, you first take a picture of what you see, and then a selfie, which is shown in the top left. You can also add your current location and share it with your friends. You then send the photo to practically all confirmed friends at BeReal – so your posting is not publicly visible.

BeReal is not designed for more daily interaction. So you save yourself endless scrolling through endless postings from other people. But there’s still a catch.

If you don’t have time when the notification appears, you can also send your photo late in BeReal. This is then noted accordingly. By the way, the “Late” mark for late postings also appears if you send your photo just a few seconds after the two-minute deadline has expired.

Unfortunately, this is also possible several hours later, which distorts the meaning of the app a little – after all, it’s supposed to be a spontaneous snapshot. But you can’t always be on your cell phone, for example at work or in bed at night.

If you want to see more posts, you can also tap the Discovery tab to see public photos.

The original for this post “Two minutes for a picture – every day” comes from chip.de.