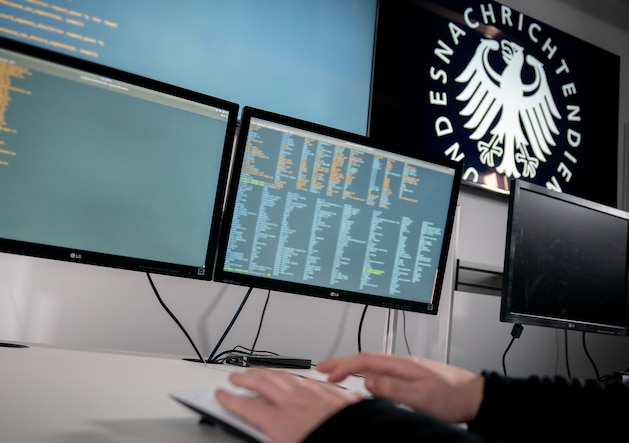 Private football coach, professionally a spy in the Federal Intelligence Service for a Russian secret service. This is how Putin’s suspected spy lives.

The accusation is: passing on state secrets to Russia and treason. The case of Carsten L., about whose identity FOCUS online was one of the first media to report, shook the Federal Intelligence Service (BND).

There he occupies a respected position, otherwise not much is known about his person. The “Spiegel” was able to bring a few details to light – from the idyllic village to the Nazi connection.

The case looks like a movie. Weeks before the news became public, Chancellor Olaf Scholz was personally informed of the suspicion of treason within the BND’s own ranks.

The information did not come from the BND itself, but was leaked by a foreign intelligence service. Not much is known about the alleged perpetrator. L. is 52 years old and head of the department in the “Technical Reconnaissance” department and colonel in the Bundeswehr.

The background for a possible betrayal could not be determined so far. There are no financial irregularities in his accounts, nor are there any indications of blackmail by Russia.

It remains unclear why the alleged traitor should have committed himself to the Russian secret service.

Carsten L. lives with his wife and two children in Weilheim, Upper Bavaria. The home: a well-kept semi-detached house with a front garden. The “Spiegel” asked around on site, the search led the reporters to TSV 1847 Weilheim.

L. was a coach for youth football teams there, before that he was a youth leader for a while. The journalists don’t find out much in the sports facility, the club members are skeptical and don’t want to give any information about their former colleagues.

The “Spiegel” journalists get a little insight in a conversation with a man whose son came to Carsten L. for training for a while, but still. He describes him as “authoritarian” and “typical Bundeswehr man”.

In addition, several parents complained about L.’s unreliability. “He was there for three months and then gone for three months,” says the father. Carsten L. recently gave up most of his association activities – he was transferred to the capital Berlin by the BND.

Unsurprisingly, the suspected spy has hardly left any traces on the internet or social platforms. The “Spiegel” could still find a few. Photos show a strong man with his hair combed back.

He has a language learning app and has been learning French since April 2021. A Google account under a different name reveals other interests.

Carsten L. often gave reviews on the internet. A review of a hairdresser in Berlin suggests where he works. The salon is not far from a BND location in the district of Lichterfelde.

In addition, L. emphasizes the good service of a Mercedes car dealership in Weilheim and he was also active south of Nuremberg. He met there “with friends for a hunting trip” and praised an inn for its “rustic German cuisine”.

What course Carsten L. is pursuing politically has so far only been speculation. The “Münchner Merkur” reported that when inspecting the clubhouse of the TSV 1847, it found AfD information material among L.’s things.

This is known to be pro-Russian. An acquaintance of the alleged traitor confirmed that L. was “rather not a fan of foreigners.”

Using Carsten L.’s Google username, the “Spiegel” reporters came to a profile on YouTube that very likely belongs to him. The chronicle includes wartime marching music. A title that Carsten L. only listened to six months ago: “Boys from Moscow and Berlin”.

The profile picture of the account is an imperial eagle surrounded by flags of the German Empire.