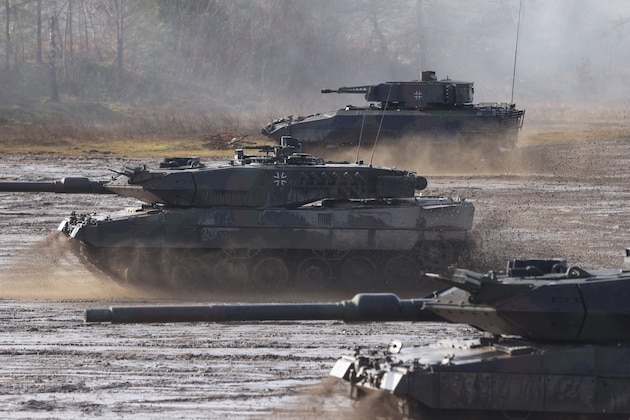 According to the Ministry of Defence, during the repair of the Puma infantry fighting vehicle, which failed during a shooting exercise, mostly minor and medium damage was found. In a few cases, they were more serious, the ministry informed the representatives in the Bundestag on Wednesday in a classified information. The ministry “continued to rate the IFV Puma as a technologically high-quality weapon system,” it said.

After 18 of 18 of the armored personnel carriers deployed failed during a shooting exercise, Defense Minister Christine Lambrecht (SPD) pulled the emergency brake and had the Puma removed from a German NATO obligation in the VJTF rapid reaction force. The German soldiers reported ready for action are now equipped with the older Marder infantry fighting vehicle. She also put an additional purchase of the Puma infantry fighting vehicle on hold.

Fundamental doubts about the system are now not formulated. The infantry fighting vehicle has “undoubtedly very promising performance data and the ability to provide the troops with superior effectiveness in combat,” according to the officer’s briefing. And: “For a war-ready system, this superior effectiveness must go hand in hand with robustness and reliability in use and operation,” is the demand.

17 of the 18 Pumas have now been repaired. The armored personnel carrier was only declared combat-ready in 2021 and is being built jointly by the armaments companies Rheinmetall and Krauss-Maffei Wegmann (KMW).

Doubts were expressed early on by the industry that significant technical problems could occur so frequently. Almost all of the damage was “trivial,” said a spokesman for the manufacturer Rheinmetall on Monday.

In the ultra-modern technology of the tank, computer errors can sometimes be corrected with a readout device. However, this can pose a great risk. A Defense Ministry spokesman said on Wednesday: “Even seemingly simple failures can result in death in combat. That is why it needs to be carefully examined. And we do.”

In the briefing, it was explained that the failure of individual high-quality parts and fire damage would have to be examined further from a technical point of view. Restoring the armored personnel carriers’ full operational readiness also requires some additional work, “which is currently being worked on at full speed”.

Lambrecht once again attracted great criticism with her video that was distributed on Instagram at the weekend. In it, she takes stock of the year 2022, which was shaped by the war in Ukraine, but her words are repeatedly lost in the whistling of New Year’s Eve rockets and exploding firecrackers.