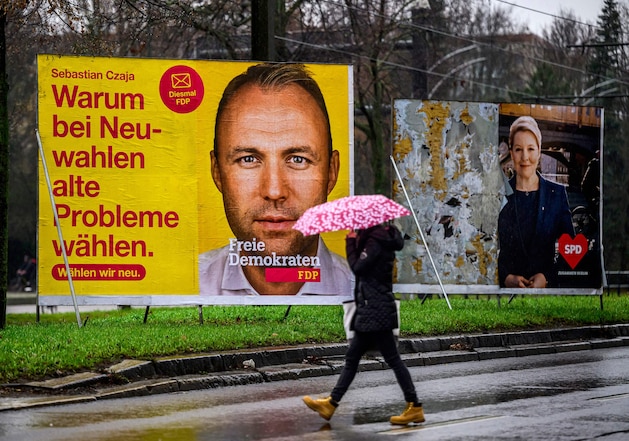 9:50 a.m .: Berlin’s state returning officer Stephan Bröchler considers cyber attacks on the repeat election on February 12 to be possible. “We have to take that into account, and that’s what we’re doing,” said Bröchler of the “taz” (Saturday). “There are warring countries that may have an interest in sabotaging the technical infrastructure, that want to show: Look, everything is collapsing in Berlin,” said Bröchler in a “taz” interview.

Because many problems and errors arose in the elections to the House of Representatives and the twelve district parliaments in September 2021, the Berlin Constitutional Court ordered a complete repetition. Bröchler is responsible for organizing them. The state returning officer wants to deal openly with possible mishaps or errors in the preparation or conduct of the election, as he emphasized in the interview. “We don’t want to sweep anything under the rug.”

The 60-year-old announced that he would only cast his vote on February 12th. He assumes that the election will be successful. “And going to the polling station on election Sunday is just something special.”

However, there is great interest in postal voting in the capital: By the end of this week, around three weeks before election day, 512,998 postal voting cards had been issued. The number corresponds to 18.7 percent of those entitled to vote. In 2021 it was 18.5 percent at the same time. The state returning officer publishes these figures on an ongoing basis. In total, around 983,000 people in Berlin requested postal voting documents in 2021, which was around 35 percent of the almost 2.5 million eligible voters.

Thursday, January 19, 7:50 a.m.: Election campaign tones in the run-up to the Berlin House of Representatives elections shaped the current hour in the Bundestag on the New Year’s Eve riots on Wednesday. While the CDU/CSU blamed the red-red-green coalition governing Berlin for failings in the security sector, the SPD, Greens, FDP and Left Party accused the CDU of stirring up prejudice by asking about the first names of suspects. A survey by Berlin’s Tagesspiegel showed that there were at least 282 attacks on the police and fire brigade throughout Germany, a good 100 of them in Berlin.

Federal Minister of Justice Marco Buschmann (FDP) pointed out in the debate requested by the CDU/CSU that his Italian-sounding first name does not make him “a member of a Sicilian mafia clan”. The first name debate started by the CDU was “totally arbitrary”. However, criminal law policy is “not made at the level of regulars’ table slogans”.

“Anyone who participates in these crimes must of course feel the consequences under the rule of law,” said left-wing politician Gökay Akbulut. However, she has no understanding if the events are used “to raise public awareness against migrants”.

Wednesday, January 18, 1:44 p.m .: The CDU federal chairman Friedrich Merz has promised the Berlin CDU his full support in the election campaign for the repeat election on February 12. “We are seeing good survey results, we are seeing a high level of mobilization by the Berlin CDU, the members of the CDU,” said Merz on Wednesday at a meeting with CDU top candidate Kai Wegner in the Konrad-Adenauer-Haus. “We will support the campaign to the best of our ability.”

“If, for example, a district councilor has a different party book than the respective senator, then it usually means that things are slowed down rather than decided,” criticized Czaja. “And that’s why we proposed to abolish the 60 temporary electoral officers, namely the district councillors.” Instead, a senator should do politics with a Senate branch office in the districts. “This eliminates the double responsibilities, and in future we will no longer need four contact points to clean a Berlin school toilet.”

Tuesday, January 17, 8:45 a.m.: The Berlin state returning officer Stephan Bröchler welcomed a possible observation of the repeat election on February 12 by the Organization for Security and Cooperation in Europe (OSCE). “I see it very positively,” said Bröchler on Friday on RBB Inforadio. In this way, one can not only show the Berliners, but also everyone else, “that Berlin can hold elections”. That is a great opportunity. “And it also puts us under pressure to act particularly well.” That’s why he wants that.

Elections to the House of Representatives are held in Berlin in February. Would you like to know how you can apply for postal voting and how exactly it works? All information on postal voting can be found online at FOCUS.