DOMRADIO.DE: The retired Pope Benedict has been laid out in St. Peter’s Basilica since this Monday morning. Are there long queues of people who want to say goodbye?

Christine Seuss (Editor at Radio Vatican): Yes, the queue in St. Peter’s Square is really very long, at times it was already in a loop, and more and more people are streaming down the Via della Conciliazione. Everything is locked, you can only get in after controls. But it’s impressive how many people come.

DOMRADIO.DE: How does that work? How is this organised?

Seuss: Very simply, as soon as you go through security, you get in line and enter the basilica down the aisle and walk forward to the Benedict on state. Of course there isn’t much time to linger, maybe just the time for a short prayer. But actually you can hardly stand still.

It’s a constant flow for others to follow. And then it goes out on the other side of the basilica. But it’s all very orderly and dignified, I would say.

DOMRADIO.DE: Is there also a way for Vatican employees to say goodbye separately?

Seuss: Yes, we are allowed through a side entrance and have the privilege of being able to remain close to the corpse even during prayer. This is very touching for everyone. Many have known him for many, many years.

DOMRADIO.DE: What other preparations are going on at St. Peter’s Square?

Seuss: The technical preparations have already begun. Scaffolding has also been put up over the past few days so that the TV crews can work better.

The chairs for the seating of the square and also for the forecourt of St. Peter’s Basilica are already ready, where Pope Francis will preside at the mass and where the official delegations will also be seated.

Otherwise, the square is currently full of people who want to say goodbye to Benedict.

DOMRADIO.DE: Vatican employees were able to say goodbye to Benedict in the monastery on Sunday. How was that?

Seuss: I was there myself. It was a strange atmosphere. I walked up the mountain at dusk to Benedict XVI’s residence, the Mater Ecclesiae Monastery. The security forces let me through without any problems, but not only me, because some people really came up.

It was probably not only Vatican employees, but also people who had some relationship to the deceased and to Archbishop Gänswein. A striking number of nuns were there.

Maybe it wasn’t planned at all, that so many people came streaming in the end, but a real line formed on the forecourt of the monastery. It was almost like a family reunion, because you knew many faces.

Then you were admitted to the small chapel, which of course was very full. There one could kneel down at a short distance from Benedict or sit down and say a prayer. Nobody pushed you too hard when it took a little longer, even if policemen outside kept asking that you shouldn’t take too long. The queue was long.

Incidentally, not only the visitors, but also the gendarmes and Swiss guards sometimes had red eyes. Despite his advanced age, the death of the Pope Emeritus caused great sadness among his former employees.

DOMRADIO.DE: Was Archbishop Gänswein also there?

Seuss: Yes, of course. He stood in front of the monastery. I really have to admire the power he found. He took the condolences and he really graciously talked to the people, especially the children who came with their parents, even though he was visibly upset.

Of course, those were tough days for him. And in St. Peter’s Basilica he is now standing by the corpse and continues to accept the expressions of condolence, comforting the people and hopefully receiving a little consolation himself.

DOMRADIO.DE: Archbishop Gänswein accompanied the Pope intensively, not only, but especially now in the last few days. What do you know about the last words of the late Emeritus?

Seuss: As Archbishop Gänswein confirmed to us, Pope Emeritus Benedict made another confession of Christ in his final hours. His last words were therefore “Lord, I love you”, and he said it in Italian, i.e. “Signore ti amo”. That was in the middle of the night at 3am before he passed away at 9.34am on New Year’s Day.

Although he had spoken the words in a thin voice, they were clearly understandable, reported the nurse, who also informed Archbishop Gänswein shortly afterwards.

Archbishop Gänswein said that those were his last understandable words, because after that he was no longer able to express himself.

DOMRADIO.DE: How will the Requiem on Thursday go? Do you already know that?

Seuss: The requiem begins at 9:30 a.m. and it is presided over by Francis. That’s the only sure thing so far. It is, so to speak, a liturgical precedent.

A funeral for a deceased pope follows established rules. For example, it is laid out for nine days to say goodbye to believers. With Benedict as Pope Emeritus, there are now three.

The color of the robe in which Benedict is laid out was also discussed in advance by observers, i.e. whether red, as intended for a pope, or purple, as is usual for a bishop. As you can now see, Benedict wears the red that is customary for popes.

In general, it should be simple and solemn, also in accordance with Benedikt’s wishes. But nothing is set in stone. The liturgical office must find a way with sensitivity.

The following is important for anyone who wants to take part in person to know: No tickets will be issued, you simply go to St. Peter’s Square, go through the security check and take a seat there.

DOMRADIO.DE: Do you expect that many celebrities from all over the world will come to Rome?

Seuss: Yes, sure. The only official delegations come from Germany and Italy, including Presidents Steinmeier and Mattarella.

Of course, many other personalities from church, politics and society also come from Germany, including Bishop Bätzing and the Bavarian Prime Minister Söder.

But other delegations can participate in private form. Some heads of state have already announced that they will travel, including the Polish President and the Belgian royal couple. But of course many other well-known mourners from politics and society are expected.

DOMRADIO.DE: At the last funeral of a pope, at that of John Paul II, Rome was in a state of emergency. But that can’t be compared to the situation now, can it?

Seuss: Yes, that’s right. The funeral of John Paul II was attended by 300,000 people in St. Peter’s Square and 700,000 in Rome through the maxi screens. That was madness back then. Cars were parked on the ring road around Rome and there was nowhere near the Vatican to get through.

Now at the funeral for Benedict, the authorities in Rome are expecting around 60,000 participants on the square. But to be honest, I think, and the police officers on duty on the square also think so, that it will be closer to 100,000.

In general, more than the originally estimated 100,000 people will pay their last respects to Benedict in these three days.

So it’s a bit of a state of emergency. That’s why the Roman authorities are already working on a contingency plan. For example, the airspace over St. Peter’s Square will be completely closed on January 5th. Of course, metal detectors will also be deployed, which people will have to walk through. The side streets of Via Conciliazione, which leads to St. Peter’s Basilica, are already closed and will be closed off extensively on Thursday.

You can already see civil defense volunteers. On Thursday, 500 will be on duty and will also be available to people for questions and information.

You will have to take long queues into account if you want to take part in the trade fair and of course also go through the security check. But it’s just nice to see how many people want to pay their last respects to the Pope.

The interview was conducted by Johannes Schröer.

The original of this article “Vatican reporter talks about “peculiar atmosphere” at Benedict’s farewell” comes from DOMRADIO.DE. 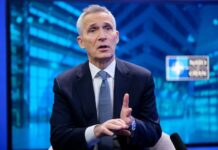 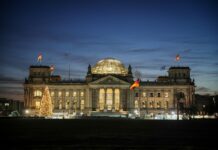 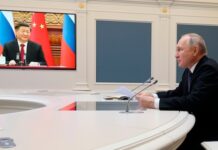 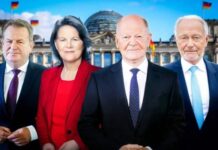 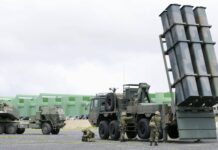 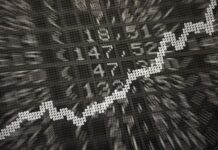 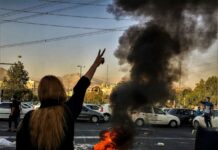 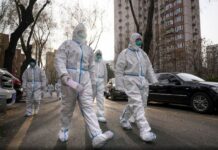 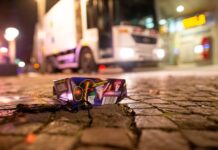 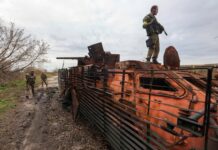 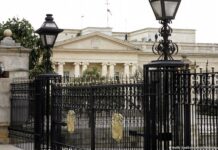 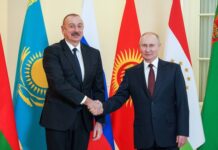 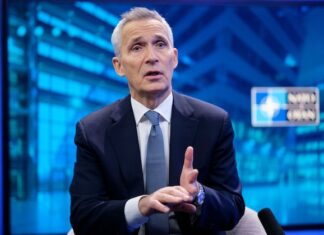