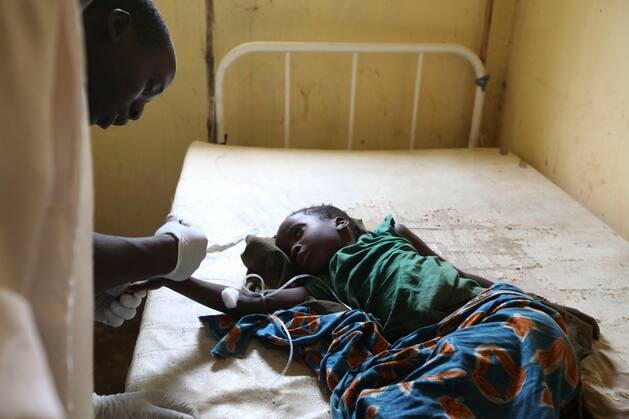 According to a report by the United Nations, too many young people around the world continue to die every year because they do not have access to adequate health care. Among the leading causes of death are treatable diseases such as diarrhea or pneumonia.

According to the United Nations (UN), many young people still die from treatable diseases or injuries because they do not have good medical care. According to a new estimate, around five million children under the age of five will die worldwide in 2021, the UN reported on Tuesday.

Another 2.1 million children, adolescents and young adults died between the ages of 5 and 24. This corresponds to one death worldwide every 4.4 seconds. There were also 1.9 million stillbirths. A majority of the deaths could have been prevented through better health care, it said. “Access to good health care remains a matter of life and death for children worldwide,” the UN said.

“Behind these numbers are millions of children and families who are being denied their fundamental right to health,” said Juan Pablo Uribe, the World Bank’s global director for health, nutrition and population. According to the UN, premature births and complications during childbirth are the most common causes of death in the first month of life, after which infectious diseases such as pneumonia, diarrhea and malaria pose the greatest risk to children.

According to data from the United Nations and the UN children’s fund Unicef, there was progress between 2000 and 2021: the mortality rate for children under the age of five fell by 50 percent, that of the elderly up to the age of 24 by 36 percent and the number of stillbirths by 35 percent . However, if mothers had received better care during pregnancy and childbirth and young people had had access to good health care, most of the deaths could have been avoided, Unicef ​​said.

Additional investments are needed in basic medical care for all women and children. Children in South Asia and Sub-Saharan Africa are particularly at risk.

“It is profoundly unfair that a child’s chances of survival can be determined solely by where they are born and that there are such inequalities in access to life-saving health services,” said Anshu Banerjee, director of the Division of Maternal Health at the World Health Organization (WHO). , newborns, children and adolescents.