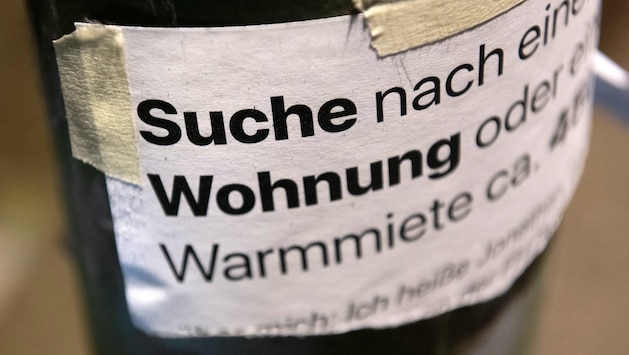 DOMRADIO.DE: What can you experience if you apply for an apartment with a name that doesn’t sound German at first glance?

Maristella Angioni (Head of the Caritas Integrationsagentur Köln): You can experience, for example, that you get the message on the phone that the apartment is already occupied. We did this experiment ourselves with colleagues. They called with a supposedly foreign-sounding name and the apartment was occupied. After a few minutes we got in touch with a German name and were asked to make an appointment to view the property. Unfortunately, this is reality, although it sounds very much like a cliché.

With racist discrimination on the housing market, you have people who don’t even have a chance to compete with other people looking for a home because they can’t even clear the first hurdles. That means they don’t get a chance at all to apply for an apartment or to introduce themselves, let alone look at an apartment. Unfortunately, this is everyday life in Cologne and in Germany.

DOMRADIO.DE: And if an apartment is promised, will people have to pay more? Or how do you imagine that?

Angioni: Don’t pay more. There are always black sheep, even among landlords. But I think that’s less of a problem. The main problem is actually that as a person with a background attributed by others – we’re talking about people of the fourth or fifth generation, German blacks, immigrants who have been here for a long time and who are simply assumed to be different from the outside – no chance to have to get an apartment.

Incidentally, it’s not just about people with low incomes, we’re also talking about well-to-do people who can certainly afford a large apartment.

DOMRADIO.DE: Are there also concentrations in the city that it is perhaps easier to get an apartment in some quarters than in others?

Angioni: Unfortunately yes. This is exactly the dilemma. From my point of view, there is also an intention behind this escalation in certain parts of the city. Private landlords then often say: Better look for an apartment in Kalk (Cologne district, editor’s note). There you will find people with whom you have something in common. So an attempt is made to express it in a beautiful way. That will not do.

DOMRADIO.DE: You are trying to change that. But three quarters of the apartments in Cologne are privately owned. How do you reach these private landlords?

Wolfgang Uellenberg-van Dawen (spokesman Cologne Round Table for Integration): It’s about observing laws, on the one hand the Basic Law. Article 3 of the Basic Law prescribes a clear ban on discrimination. Second, there is the General Equal Treatment Act.

The first point is that the public, for example through the organization of landlords, through politicians in a public campaign, should make it known that landlords should only rent apartments according to two criteria.

Firstly, based on the creditworthiness of those who want to rent an apartment, and secondly, based on the staff. This means that the landlords must know that they are otherwise liable to prosecution.

We are also in talks with the Haus und Grund owners’ association and hope to speak to GAG (GAG Immobilien AG, the largest housing company in the Cologne area, editor’s note) in the near future, so that they can also have an effect on this point. That’s the one point.

The other point is a change in attitude in this city. If the people in this city live separately, then they will not get along with each other. That’s why it’s very important that a “motley crew” lives in every district, that there’s a motley composition, so that you can get to know each other better.

Even the top of the city, the city council, can have no interest in it being different. That is why our proposal is that the City Council of Cologne, as the highest elected body of the citizens, is clearly committed to ensuring that the principle of equal treatment is observed. It is important that he campaigns with tenants’, landlords’ and others’ organizations to raise public awareness and better staff those who provide practical help as anti-discrimination agencies. So this is a question of raising public awareness.

But it’s not just about raising awareness, it’s also about making a clear statement: there is a law that was passed for a good reason.

Incidentally, the state of North Rhine-Westphalia also has this requirement in the Integration and Participation Act. In this respect one has to say that we want you to observe this law. This of course restricts the freedom of action of tenants and landlords. But that’s the way it is with a law.

DOMRADIO.DE: Is it possible to check whether the law is being complied with?

Uellenberg-van Dawen: Yes. If, for example, someone can prove, as Ms. Angioni said, that he or she was deliberately not invited, you can contact the Anti-Discrimination Office. That can file a lawsuit. You cannot sue for an apartment, but the landlord can be convicted.

However, the law has many loopholes. That is why we are also calling for the General Equal Treatment Act to be clarified at the same time, so that there are no exceptions to the law and that, for example, the anti-discrimination offices or other associations also have a right to sue.

I think if you do it with two or three people who really do it, the others will see what it’s like.

But our main argument is of course to look. Cohesion in the city is important. If everyone walks around with their elbows and only looks at what is right according to their standards, then you can’t live well together in such a beautiful city as Cologne.

The interview was conducted by Heike Sicconi.

The original of this article “Finding an apartment in Germany with a foreign name? “No chance”” comes from DOMRADIO.DE.