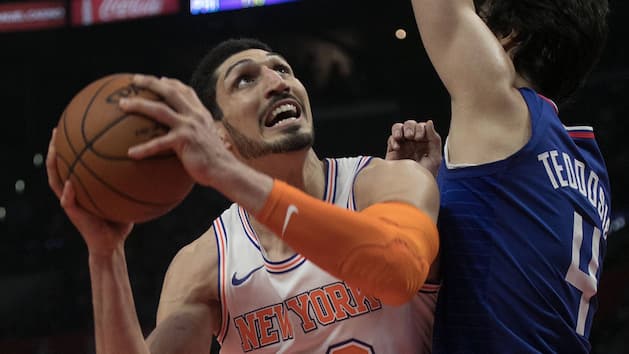 Longtime NBA star Enes Freedom is under FBI protection after a bounty was placed on his head from Turkey. Now the basketball player says he has been informed that serial killers are after him.

Last weekend we reported that contractless NBA center Enes Freedom was on Turkey’s 2023 Most Wanted Terrorist List, which comes with Turkey putting a $500,000 bounty on his head.

Freedom then said that having a bounty on his head resulted in him being protected and in constant contact with law enforcement and the FBI.

Freedom played for seven clubs in the NBA from 2011-2022, making 748 regular-season appearances and 49 playoff appearances.

Now, the basketball player shares a post on Instagram where he talks about threats he’s been receiving lately. In doing so, Freedom also shows a screenshot of a message from a person telling him that a serial killer has been hired to kill him.

Freedom has always been very vocal on political and human rights issues, including those from his native Turkey.

In 2017, Freedom was jailed in Romania after his passport was canceled by the Turkish embassy after he criticized Turkish President Recep Erdogan.

Freedom was eventually released and able to return to the US, but Turkey has issued an arrest warrant for him for allegedly being a member of a terrorist group.

The former Celtics pro immediately began the process of applying for US citizenship, which he was granted in 2021.