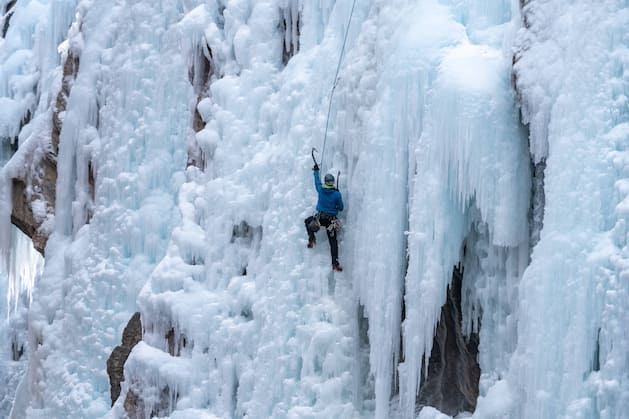 Two German alpinists had an accident while ice climbing in the Austrian Tyrol. As the police reported on Monday, one of the two died the day before when he fell over a frozen waterfall near St. Leonhard in Pitztal. He was 38 years old and lived in Frankfurt am Main.

His 34-year-old companion from the Bavarian district of Erlangen-Höchstadt also fell around 80 meters, said an official from the German Press Agency. The younger man was seriously injured, but was able to alert the emergency services.

Due to bad weather, no helicopters could climb to the accident site of the ice fall. The mountain rescuers therefore rescued the injured person overland. The cause of the accident must first be clarified, the police said.