The Ukrainian army is said to have attacked a hotel in the city of Kadivka, where several members of the Wagner mercenary group were staying at the time. Many mercenaries were killed, Luhansk governor Serhiy Gaidai reported in an interview with Ukrainian television. So far, nobody at the Russian Ministry of Defense has commented on this incident involving the private mercenary group.

After the targeted Russian attacks on the Ukrainian power grid, the situation in the port city of Odessa and in other regions is difficult according to President Volodymyr Zelenskyj. Despite ongoing heavy fighting, the course of the front remains unchanged. According to the Ukrainian defense minister, this will be changed with a counter-offensive as soon as the ground is frozen enough to support wheeled and tracked vehicles. Efforts to repair the severely damaged power grid in and around Odessa continue. “We are doing everything we can to restore the light in Odessa,” Zelenskyy said in his daily video address on Sunday evening. “We’re doing everything we can to get the maximum out of the Russian goals under these conditions.”

Russian troops attacked Odessa on Saturday night with a wave of Iranian combat drones, causing the city and the entire surrounding area to lose power. According to the official statement, the power outage, which affects several hundred thousand people, can only be repaired with great effort. The regional electric utility said repairs could take two to three months.

According to the defense minister, the Ukrainian armed forces will resume their counter-offensive against the Russian occupiers if the weather conditions are favourable. The current transition “from dry autumn to not yet frosty winter” does not offer “favorable operating conditions” for either wheeled or tracked vehicles, said Minister Oleksiy Resnikov on Sunday at a meeting with his Swedish colleague Pål Jonson in Odessa. “I think the (current) drop in activity on the front lines is due to the weather.”

“But the Ukrainian armed forces are not thinking about stopping,” Reznikov said. Rather, they wanted to use the moment when the ground becomes more solid due to frost to continue their counterattacks. Ukraine’s plan is “very simple,” stressed Reznikov. The goal is the liberation of all temporarily occupied areas and the restoration of internationally recognized borders after independence in 1991.

Ukraine’s General Staff on Sunday confirmed a series of airstrikes against targets in the country’s Russian-held areas. In addition, since Saturday evening, a number of command posts, accommodation and supply camps have been shelled with barrel and rocket artillery, according to the statement from the military leadership. However, the exact targets were not mentioned. But the Russian Air Force also carried out attacks on Sunday.

According to Ukrainian Foreign Minister Dmytro Kuleba, there are currently no German commitments to supply tanks to Ukraine. “No such decision has been made yet. There are no promises. But we are working on it, quite openly,” said Kuleba on Sunday in the ARD program “Report from Berlin” according to the translation. Ukraine does not understand why Germany is supplying artillery but not tanks. “As of now, there are projects from Germany, that is the delivery of the Iris-T systems, these are anti-aircraft weapons.” The Gepard tanks are also anti-aircraft weapons. “But as of this writing, as far as I know, tanks are not included in that list. That’s too bad”

Chancellor Olaf Scholz has so far refused to supply Leopard 2 tanks on the grounds that no other NATO country has made such tanks available. The US signaled on Friday that they see no obstacle in this.

US President Joe Biden has pledged continued support for Ukraine. In a phone call with Zelenskyy, Biden promised that the United States would continue to help the attacked country defend itself against the Russian aggressor. This was announced by the White House on Sunday evening (local time) in Washington.

French head of state Emmanuel Macron expressed his full support for the Ukrainian peace ideas. In a phone call with Zelenskyj on Sunday, Macron welcomed his peace plan, as the Élysée Palace announced. Selenskyj had repeatedly submitted a peace plan which, among other things, provides for the complete withdrawal of Russian troops from Ukraine. The troops are also to withdraw from the Black Sea peninsula of Crimea, which has been annexed since 2014. In addition, there are reparations payments, the legal processing of war crimes and security guarantees from the West for Ukraine.

The foreign ministers of the EU states will discuss the latest developments in Iran and in Russia’s war against Ukraine this Monday (1 p.m.) in Brussels. At times, the Ukrainian Foreign Minister Dmytro Kuleba should also be connected via video conference. Originally, another package of sanctions against Russia was to be decided at the meeting. Since the consultations on the details had not yet been completed, the formal decision will probably only be made after the meeting of foreign ministers. 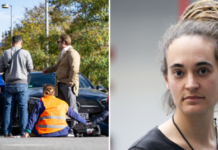 News Editor - 12/12/2022 0
The Ukrainian army is said to have attacked a hotel in the city of Kadivka, where several members of the Wagner mercenary group were...

Moving away from home ownership: renting is becoming more and more...