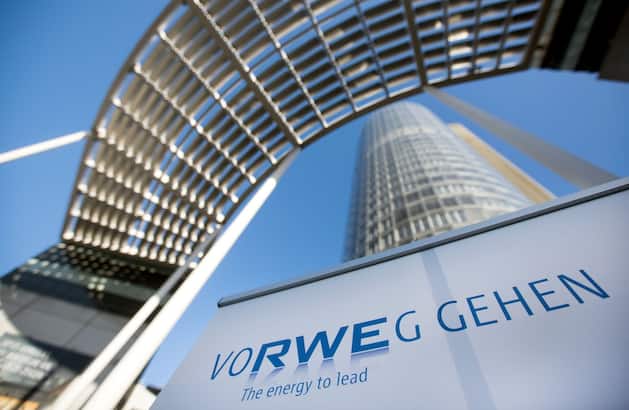 Lützerath has been cleared and RWE can get started? It is not that easy. Apparently, the energy giant does not yet own all the areas on which coal is to be mined soon. And the owners make no move to sell.

Are the coal plans of the energy company RWE still failing? According to Daniel Dresen from the group “All Villages Remain”, the company still faces considerable challenges after the evacuation of Lützerath. Because RWE does not even own all the land in the area in which coal is to be mined in the coming years, as a company spokesman confirmed when asked by FOCUS online.

Dresen and his family are among the lucky ones whose home was saved by the compromise of the black-green state government: Kuckum and other places are now spared. While RWE now owns all the land in Lützerath, this is different in other sections of the main operating plan for the years 2023-25.

He himself knows of two landowners who refused to sell, says Dresen, who is involved in the group “All Villages Remain”. Since, according to the NRW Ministry of Energy, more than 96 percent of the area is in the hands of RWE, as WDR reports, even more people must be affected for the remaining four percent. “They thought for a long time about going public, but RWE puts them under extreme pressure,” says Dresen about the cases he is aware of. Since the group ignored the request not to contact them anymore, both even changed their contact details.

From his own experience and through contact with other stakeholders, he knows which levers RWE uses to get the desired areas. Many landowners are dependent on the group as one of the largest landowners because they have leased land from it. “RWE doesn’t extend the lease if you don’t sell it,” says Dresen, giving an example.

Because the groundwater level had dropped to a depth of up to 180 meters due to the open-cast mining and RWE owned all the pumps, the group threatened farmers with cutting off access to the water: “That was the case with us too.” RWE also likes to give the impression that an expropriation does not bring any financial compensation.

The Greens member of the state parliament, Antje Grothus, also spoke up last week about the privately owned areas: she knows that the owners of several areas that RWE wants to dig up between 2024 and 2025 with the approval of the state government still do not wanted to sell the company. Whether these are the same people cannot be conclusively clarified, since Grothus and Dresen do not name their contacts. However, the activist suspects that they are different.

The resistance of the property owners is therefore threatening the entire plan, concludes activist and resident Dresen: “Then the opencast mine will stop 200 meters after Lützerath and protect all areas behind it.” So it should be about more than just the four percent missing area. In this context, Grothus refers to the BUND property in the Hambach Forest. The example shows “that even small areas can have a major impact on an opencast mine”. After Grothus experienced the evacuation there in 2018 at close quarters, she expressed skepticism about the key issues paper on the coal compromise last autumn.

If the group seeks expropriation, the process will also take on a political dimension. In the election program for the 2022 state elections in North Rhine-Westphalia, the Greens had also promised: “In order to make the coal phase-out socially acceptable for everyone, we are committed to the abolition of forced resettlements and expropriations for coal, sand and gravel.” In such a case, I fear they are therefore concerned with social peace in the region, quite apart from the legal uncertainties.

Now it would be the Green Mona Neubaur – Minister for Economic Affairs, Industry, Climate Protection and Energy – who would be responsible for further expropriations after she had cleared the way for the eviction of Lützerath by approving the main operating plan at the turn of the year.

“RWE’s disaster will be the Greens,” predicts Dresen, although he sharply criticizes the party for its cave-in and compromise on the Garzweiler opencast mine; despite the fact that it was precisely this that saved his house and further disputes with RWE.

When asked about the lack of space, RWE is relaxed. A company spokesman said that this was “normal practice” without going into more detail on the catalog of questions sent: “It is crucial that the mining activities can take place in advance of the opencast mine, and that is the case in Lützerath.”

The mining industry gradually regulates the use of arable land with the owners or tenants several years in advance, which is a normal and regulated procedure. Sale or transfer are two examples from a larger selection. “In this way, a sufficiently wide strip of arable land is contractually regulated in advance of the dismantling, and this is always amicable,” emphasizes the RWE spokesman.

Dresen doubts that expropriation would be possible by 2025. The process can take up to five years, after which those affected can still defend themselves legally. “Not having the space would have to be really stressful for RWE,” Dresen suspects, given the blocking attitude of the owners. Especially since the next source of conflict is imminent for the group with the planned demolition of several wind turbines for opencast mining in the middle of the year. That would lie behind the properties of the landowners unwilling to sell.

In the worst case, according to him, RWE would sacrifice renewable energy sources for conventional ones that he could not use at all. “There will be actions against it,” Dresen announces the next resistance after Lützerath.

“RWE would do well to present a planning variant that does not take up these areas and preserves the L 12 and the wind farm there from the outset,” Grothus also says. This is also a good chance to leave more coal in the ground until a socially acceptable and expropriation-free daily schedule is found.