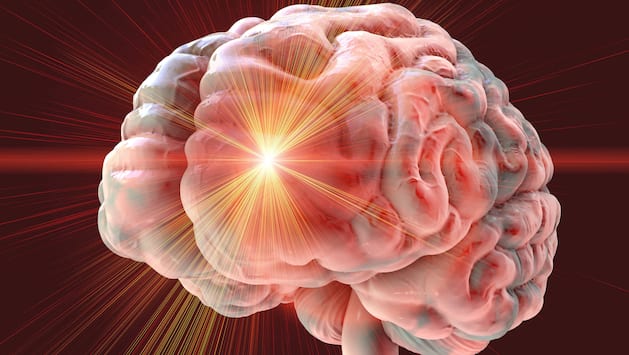 It is well known that stress is unhealthy. A new study involving more than 25,000 subjects now shows the connection between high stress levels and the risk of suffering a stroke. However, there is one factor that can lower it again.

The number of strokes is increasing worldwide, those affected are getting younger and younger. In Germany alone, 270,000 people suffer a stroke every year, of which up to 15 percent are now under 55 years old.

A stroke is understood to mean all acute vascular or circulatory disorders of the brain, which usually occur suddenly and can have serious health consequences. In the worst case, a stroke ends fatally, according to the Robert Koch Institute (RKI) it is the second leading cause of death in this country.

It has long been known that stress is a risk factor for stroke. A new study by the University of Galway in Ireland with more than 25,000 test persons has now proven how much a high level of stress – privately and professionally – can increase one’s own stroke risk.

As part of their study, the scientists collected data from subjects who had recently suffered a stroke. They examined various stress factors:

In order to be able to compare the data on the stress factors, the researchers collected the same data from subjects in a control group, with each case being compared with a control person from the same catchment area, taking gender and age into account.

The result: The people who suffered a stroke showed a significantly higher level of stress at home and at work compared to the control group:

The connection between stress and stroke was considered in isolation in order to rule out other possible influencing factors on the development of a stroke. “The association between stress and stroke remained significant even after adjusting for cardiovascular risk factors such as hypertension and smoking, suggesting that the association may be independent of these cardiovascular risk factors,” study lead author Catriona Reddin explains to the medical portal “Medscape”.

Another finding of the researchers: The feeling of having control over work and private life, on the other hand, can reduce the risk of a stroke again. For example, test persons who had the feeling that they were in control privately and professionally had a lower risk of stroke than people who were plagued by feelings of loss of control.

In addition to the general reduction in stress, the researchers suggest with regard to the results that in the future – at least professional – working conditions could be changed in such a way that employees have more control over what happens on the job.

“The specific measures are likely to depend on many factors, including the type of work and the workplace,” says Mitchell Elkind of the American Heart Association. Examples of this would be:

Even if there is often nothing you can do to change the professional conditions, at least the stress level in your private life is your own responsibility. Possible helpful measures to reduce stress are:

In addition to the tips mentioned, it can also be helpful to integrate healthy routines into everyday life. They help to structure the day, save the brain energy because it has to make fewer decisions and promote a relaxed yet productive way of working. Planning tools also help to remain mentally structured and to have an “overview” of everyday events.

Foods rich in B vitamins, magnesium and potassium support the nervous system. It is advisable to regularly incorporate these into your diet, especially during stressful times. Examples are:

In addition to stress, the following other risk factors can promote a stroke:

If you belong to the risk group, you should pay attention to a few things in your everyday life. As the NDR writes, the following measures are important: