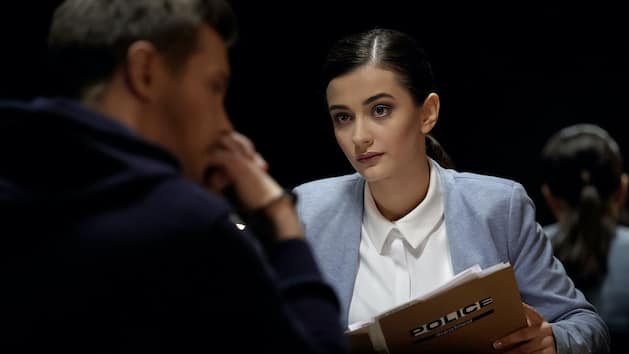 Distinguishing between lies and truth is difficult: as a rule, the judgments of laypeople are hardly better than if you were tossing a coin. But unconsciously we obviously guess what’s going on. Because the physical reactions to lies and true statements differ, as a study in the journal “Personality and Individual Differences” shows – only we do not know how to read these unconscious signs.

The well-known lie researcher Leanne ten Brinke from the University of Columbia in Canada was involved. For several years she has been looking for evidence that people can unconsciously distinguish between lies and truth. She reported success as early as 2019 and also found that those who learn to listen to their own body signals also learn to recognize lies better. Now, together with other colleagues, she wanted to know whether some people naturally have a keen sense of their bodies – and thus also of lies and truth.

To do this, the team first asked around 80 students repeatedly to assess whether a sequence of tones followed the same beat as their own heartbeat. How well they did this served as a measure of the accuracy with which they perceived signals from their own bodies – their interoception. Then they were shown a total of 32 videos in which people lied or told the truth. These included contestants on a $20,000 game show who claimed they didn’t want to betray their game partner. The other was people who appealed to the public in search of missing loved ones, half of whom were later found guilty of killing the missing person. While the subjects watched the videos, their skin conductivity and vascular size were measured.

After that, they were to make a judgment: who had lied, who was telling the truth? If you had just guessed, you would have been right 50 percent. However, the test subjects averaged around 55 percent, a success rate that corresponds almost exactly to that of older studies. An increased skin conductivity in the face of lies was not detectable, but the vessels narrowed more when lying than when telling true statements. If they had noticed this reaction and based their judgment on it, the test subjects would have correctly identified around 68 percent of the cases.

But apparently that didn’t work. The subjects with good interoception were also not correct more often. And this despite the fact that their vascular size differed even more in the face of lies and truth: people who physiologically react more strongly to emotional stimuli feel their bodies more precisely. Because they consciously do not recognize lies better, the group suspects that other influences are also involved in the verdict.

However, the unconscious perception could express itself in other ways, as a team led by ten Brinke reported in 2021. Accordingly, test subjects reacted with more sympathy to the sight of real grief than to mock grief. The group identified features of sadness in facial expressions as characteristics that were difficult to fake.

The findings of ten Brinke and her colleagues contradict other findings in lie research. They consider it a misconception that lies are noticeably and systematically reflected in non-verbal behavior – such indications are usually very weak and unreliable.

The original of this post “When we lie, do we reveal more than we realize?” comes from Spektrum.de.