The price horror is troubling more and more people. It is no longer only low earners and pensioners who are affected. Ulrich Schneider from the Parity Welfare Association warns that society is falling apart and attacks the government.

Exploding energy prices, rising living costs, increasing burdens for citizens – the effects of the price surge can be felt everywhere. According to Ulrich Schneider, general manager of the Paritätischer Gesamtverband, the development could have dramatic consequences for Germany.

Read part 1 of the report from Germany’s poorest city here: “The worst thing is the rampaging rats in the garbage cans”

“The extreme increase in the cost of living has increased poverty in Germany,” said Schneider in an interview with FOCUS online. “People who are poor anyway have become even poorer, have even less purchasing power and no longer know how they should get through the month financially.” The standard rate of 449 euros for Hartz IV is currently only 404 euros due to inflation of around 10 percent value.

“Even before the cost of living exploded, we had a record number of 13.8 million poor people in Germany,” says the social expert. According to surveys, due to the current crisis, more than 12 million households would be added, “which statistically do not yet count among the poor, but have nothing left at the end of the month”.

Schneider: “There are no reserves. A broken washing machine or a necessary car repair can quickly become a disaster. Additional payments for electricity and gas or higher advance payments exceed what is possible for many of these households.” Schneider warns: “The need is reaching the middle class.”

Schneider paints a bleak picture in the event that development continues unabated. “Since the enormous price increases for the lowest incomes are not sufficiently absorbed, our society threatens to break up at the bottom.” At least “if political countermeasures are not taken much more effectively and precisely”.

Schneider has observed that for those who are just barely keeping their heads above water, the worries would slowly turn “into real fear”. “There is fear of the next food price spike, fear of having to pay back electricity, fear of no longer being able to afford the installments or being unable to pay the rent.”

Sometimes it’s even worse. “For many poor people, the fear turns to sheer desperation,” says Schneider. “The rush to the boards shows how hopeless the situation is for many people now.”

Schneider therefore says: “For many decades, Germany was a modern welfare state. We must not allow it to gradually turn into alms-giving because we are not giving the poor what they need.”

The social expert sharply criticizes the traffic light government in Berlin for dealing with the problem of poverty. “With all of its measures, the federal government has more or less left the poorest people out in the rain. All in all, high and higher earners benefit most from relief measures, be it the fuel discount, income tax relief or the gas price brake.”

Schneider: “Most of the money goes where it is least needed. The seven million recipients of Hartz IV and basic old-age security, on the other hand, will be fobbed off from the new year with an increase in the standard rates of around 50 euros.

Schneider calls for an increase in the standard rates to 725 euros instead of 502 euros per month and a legal moratorium on energy cuts and evictions in the coming months. “People need the security that they won’t end up sitting in the cold and in the dark and not losing their homes.”

Schneider, who left the Left Party in September 2022 after Sahra Wagenknecht gave a pro-Russian speech in the Bundestag, continued in the interview: “Although we are still the fourth strongest economic power in the world, we were also ahead of corona, energy and price crisis, a socially very deeply divided country with tremendous wealth on the one hand, but also ever-increasing poverty on the other.”

The federal government’s relief packages “even reinforced this trend – despite various one-off payments to children, BAFöG recipients and other groups,” says Schneider.

Due to the energy crisis, more electricity is to be saved in Germany. For example, unnecessary lighting in city centers is switched off for this purpose. We reveal what is particularly relevant for drivers now.

A scientific sensation: For the first time, researchers have succeeded in nuclear fusion that produces more energy than is consumed. This could fundamentally change the world – but three hurdles still stand in the way of a breakthrough. 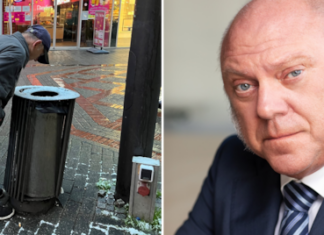 News Editor - 16/12/2022 0
The price horror is troubling more and more people. It is no longer only low earners and pensioners who are affected. Ulrich Schneider from...