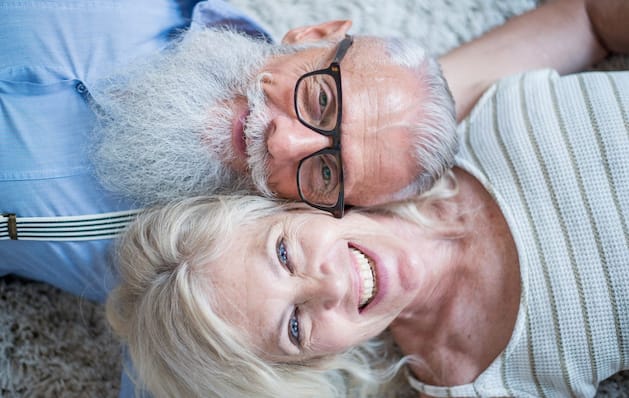 It is well known that exercise, sleep or sex are good for your health. Unfortunately, these and other activities cannot be integrated into life for hours at a time. You don’t have to: We’ll tell you how often you do what – and what not! – must in order to live as healthy and long as possible! Here are the best tips from 100-year-olds and age researchers.

Laughter is proven to strengthen the immune system! After a flash of laughter, there are more antibodies in the blood. In addition, happiness hormones are released, endurance is increased. Illnesses such as headaches and depression can also be alleviated by laughter. So, if you don’t have funny people around, do laughter yoga.

Loners have a shorter life expectancy than people who spend a lot of time with their loved ones. Various studies have proven this. Friends make us happy, lower our stress levels and support us in difficult times and with decisions. Researchers even figured out how many friends it takes to live a long, happy life…

According to a study by Oxford University, 5 is the perfect number of close friends to meet frequently and in person (social media online friends DO NOT help prolong life!). In addition, about a dozen other allies ensure happiness, health and the good feeling of not being alone.

The healthiest people who live the longest do so in a so-called Blue Zone. There are only five in the world: Loma Linda (California), the Nicoya Peninsula in Costa Rica, Okinawa (Japan), Sardinia and the Greek island of Ikaria. In these places, residents are more than twice as likely to age healthily and live past 90 or even 100. But why? Studies have shown that residents of the Blue Zones have taken some life-prolonging measures as a matter of course in their everyday lives – and so can you, no matter where you live.

People in a Blue Zone eat fresh, unprocessed foods, mostly plants and fish, and very little meat and sugar. They also have a purpose in life and are in close contact with other people. They are out in the fresh air a lot. With good sun protection, of course. Nature has a positive effect on our health in many ways: for example, daylight stimulates vitamin D production. This is important for strong bones until the end of life.

Researchers at Stanford University found that every minute you spend outside extends your life. Anyone who walked through forests for 90 minutes significantly reduced the risk of contracting stress-related illnesses. Anxiety, depression and high blood pressure were also alleviated. A Harvard study even showed that women who live in rural areas surrounded by nature have a 12 percent lower mortality rate than city dwellers.

You don’t have to lift weights at the gym to age healthily. Exercising in the fresh air is the best ager’s secret recipe, but they do it naturally without, for example, training like a maniac for a marathon. Instead, they walk a lot because you don’t have to exhaust yourself to be fit.

50 percent of what is physically possible is enough! This theory is also supported by Ayurveda teachings. In addition to brisk walks, stretching, yoga and meditation (demonstrably promotes cell renewal), breathing exercises and swimming are also suitable for keeping fit.

Let’s start slowly: the more sex you have, the better off you are. Both men and women benefit from the processes that take place in the body: happiness hormones are released, pain – for example in the head – can be relieved and having fun in bed also keeps you fit! The risk of prostate and breast cancer is also reduced, as is blood pressure. A study published in The British Medical Journal examined the link between sex and years of life. The result: the participants had a life expectancy that was up to 50 percent better. Ideally, you should have two orgasms a day. You can also work this out on your own.

While 10 hours of sleep sometimes feels like the best state attainable, if you want to hit 100, it shouldn’t become the norm. Various research groups agree: More than seven and less than 5.5 hours of sleep per night shorten life expectancy. By the way: Men who spend the night next to a woman live healthier and longer. Unfortunately, the opposite is not the case.

Let’s just let the numbers do the talking: According to a study published in “Die Welt”, the life expectancy of a 40-year-old person is reduced by seven to nine years if they smoke more than ten cigarettes a day! If it’s less than ten cigarette butts a day, it’s still around five years less on this planet.

In summary: Walk briskly with friends to a vegetarian beach restaurant, don’t smoke, but laugh for at least two minutes, then lie down in bed to have sex first and then sleep for 6.5 hours!

This article was written by teleschau

The original of this post “100 years young? It’s that easy to extend your life” comes from Teleschau.