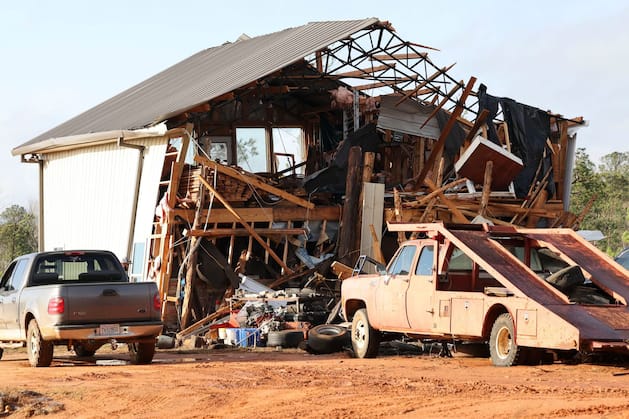 The hurricane raged particularly hard in the Autauga district and in the town of Selma, around 50 kilometers away, according to the emergency services. Dozens of houses were destroyed or badly damaged. Several people are still missing. The weather service reported 33 tornadoes or severe storms nationwide.

In Selma, most roads were closed due to broken power lines and trees, the city said on Facebook. Rescue teams are on duty to provide assistance and clear the streets. Citizens were asked not to go outside. Children should not leave schools. The weather service had warned of a “large and extremely dangerous tornado” in the area.

In the neighboring state of Georgia, a motorist was also killed by a falling tree, the authorities said. A tornado was also spotted near Atlanta International Airport, the busiest US airport by passenger numbers. According to the US aviation authority FAA, aircraft had to remain temporarily on the ground due to severe storms. According to the website poweroutage.us, around 60,000 households in Alabama and Georgia were without power on Friday night.