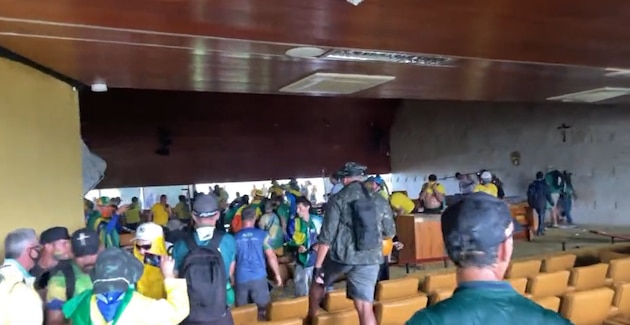 A photographer from the AFP news agency saw police use tear gas to push back hundreds of protesters. The incident came a week after the inauguration of new left-wing President Luiz Inácio Lula da Silva. Several videos on Twitter show how people stormed the congress building a little later. Meanwhile, they also entered the Presidential Palace and the Supreme Court.

The area around the congress had been cordoned off by the authorities. Bolsonaro’s supporters, who do not accept Lula’s victory in the presidential election, overcame the barriers. Several dozen of them ran up the ramp to the building to occupy the roof of the building.

The Senate and the House of Representatives are located in the Congress building. The images brought back memories of the storming of the US Capitol on January 6, 2021.