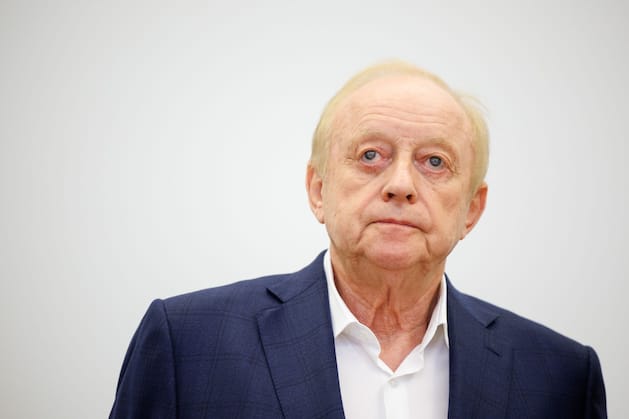 Star chef Alfons Schuhbeck (73), who has been convicted of tax evasion in the millions, has replaced his lawyers and wants to stand by the appeal against his judgment.

Star chef Alfons Schuhbeck (73) was sentenced to three years and two months in prison in October for tax evasion in the millions. He appealed against the verdict – initially to examine the written reasoning of the verdict. His spokesman has now announced that he is sticking to the revision. Schuhbeck has replaced his legal team.

“After examining the written reasons for the judgment, Mr. Alfons Schuhbeck decided in good time that the appeal against the judgment of the Munich I Regional Court of November 27th, 2022 should be continued,” spokesman Peter Dietlmaier announced on Friday. The two previous defense attorneys “ended the mandate by mutual agreement and are no longer working for Mr. Schuhbeck,” it said.

The court had sentenced Schuhbeck to imprisonment for tax evasion of around 2.3 million euros. It was convinced that Schuhbeck reached into the cash register of two of his restaurants more than 1,000 times, making money disappear. To do this, he used a computer program that an employee had created on his behalf. The public prosecutor’s office did not appeal the verdict.

The restaurateur had announced that he might withdraw his appeal as soon as he had checked the written reasoning for the judgement. “Should the written reasons support the district court’s verdict, I will ask my lawyers to withdraw the appeal in case of doubt,” he said in early November. According to the court, the deadline for justifying the appeal expired on Friday (January 13).

According to Dietlmaier, Schuhbeck’s new lawyer is Ali B. Norouzi from Berlin. “Unaffected by the decision to continue the revision are Mr. Schuhbeck’s efforts to fully compensate for the damage,” the statement said.

Schuhbeck had continued to work even after his conviction, which was not yet final. However, he is not as busy as before. His career as a TV chef is on hold for now. After Bayerischer Rundfunk (BR) had removed programs with him from the program, ZDF also announced after the verdict that it would no longer allow him to appear in the show “Die Küchenschlacht”. Schuhbeck’s restaurant “Südtiroler Stuben” is now closed. New Year’s Eve was the last day there.

The original of this article “Alfons Schuhbeck exchanges lawyers and sticks to revision” comes from Bunte.de.