Little Mila was just two years old when she suddenly developed “backwards”. In 2019, the family received the devastating diagnosis: Derry Syndrome. A rare disease, those affected often do not reach the age of twelve. But then her parents give her a test drug.

Mila Kapturczak is eight years old today. She learned to walk and talk as a toddler, but today she can neither. Because the girl from Mönchengladbach suffers from a very rare disease: GM1 gangliosidosis type 2, also known as Derry syndrome. Those affected have a deficiency in the enzyme beta-galactisodase, which is responsible for breaking down toxic substances in nerve cells.

Children with Derry syndrome suffer from enlarged organs, heart problems, muscle and cartilage weaknesses, and neurological impairments. They often do not reach the age of twelve.

Mila had just turned two years old when her parents noticed that the girl, who had previously developed normally, was changing. At the age of three she suddenly had problems walking on her own, could articulate less well and ultimately also had seizures, as her father Lothar Möller reports on the website “ Milas Weg ”, which was set up for her and her illness.

Since the disease is so rare – around 6,000 cases are known worldwide – a veritable medical marathon began for parents and children. The doctors were able to help Mila with medication in some cases against her symptoms and improve others with the help of targeted therapies. However, they did not find any effective remedy for her seizures, and the cause of Mila’s symptoms remained undiscovered for years to come.

In 2019, three years later, the family finally received the diagnosis: Derry syndrome. Chances of recovery: zero. Life expectancy: bad. A deep shock. But that didn’t stop the family from finding out more. She didn’t give up, got a pharmacist on board and later also a biochemist.

And so they came across an active ingredient that was being tested in Japan in the 1980s for a disease similar to gangliosidosis: aloxistatin. The family managed to test the active ingredient on their daughter as part of an off-label study, i.e. a study with a drug that had not yet been approved by the drug authorities. This happened in cooperation with the University of Gießen.

Just six months later, the family reported significant improvements in Mila: she was “more attentive, more concentrated and much fitter”. In addition, she smiles from morning to night and can remind her parents again that she has to go to the toilet. The eight-year-old has now been taking the drug for a year, and there have been no side effects so far.

According to the family, there has even been a second child since May, 18-month-old Biborka from Hungary, on whom the active ingredient is being tested. Biborka was unable to move her head or limbs or breathe on her own and was suffering from seizures when she was diagnosed with the disease. She, too, has been receiving the active ingredient for more than six months now. Today, according to “Mila’s Way”, she is able to move her head and limbs and no longer needs oxygen.

Great hope for the affected families. Unfortunately, with 6,000 sufferers worldwide, including around 500 in Europe, the disease is too rare to be of financial interest to research centers and pharmaceutical companies. That’s why the father now wants to take the financing into his own hands – with an ambitious goal.

Almost 7.5 million euros are needed to carry out a large-scale clinical study with subsequent approval of the drug. The family has already collected one million euros. 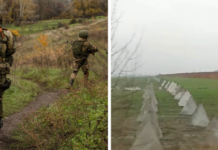