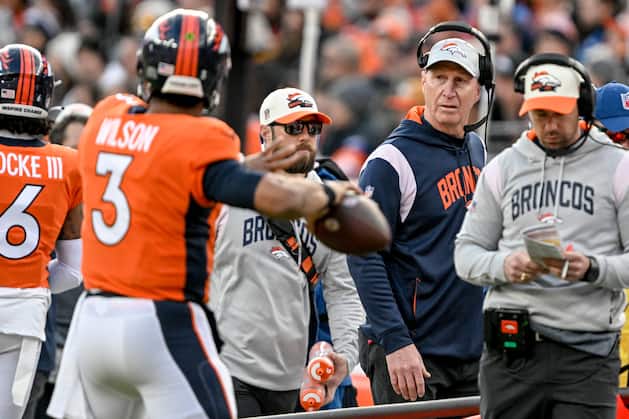 “Black Monday” is probably the least popular day of the entire calendar year for many NFL coaches. Because on “Black Monday” they and other managers who missed the playoffs with their teams have to fear for their jobs while chewing their nails. We give an overview.

Who had to go on Black Monday? So who qualifies for which position, and what lessons can be learned from this year’s blackest of NFL days?

The name “Black Monday” already has a very special drama and it actually fits that for many rather dreary day on the NFL calendar. It’s the date when the 18 franchises that aren’t on the itinerary for next weekend’s playoffs will have to take a long, hard look in the mirror.

When players clear out their locker rooms, pack their bags for vacation and give final interviews. At the fired assistant coach signaling to the head coach that he has to deliver next year. And it is the day when many people will be told that their services are no longer needed.

The focus should not only fall on the big names, but there are also a lot of people in the background for whom a new phase of life is beginning in these hours. They are people, with families, children, worries, fears that will take them all to a different place. With all the fast pace and emotionality of the NFL business, this should never be forgotten. But as the saying goes, or rather so brutal: “It’s part of the job”.

Of course, the head coaches make the most headlines on Black Monday, as of all the people on the coaching staff and the front office, they are the ones whose face is most present. With the Arizona Cardinals’ Kliff Kingsbury and Houston Texans’ Lovie Smith fired, the total layoffs this year are relatively small, but that’s because with Nathaniel Hackett (Denver Broncos), Matt Rhule (Carolina Panthers) and Frank Reich (Indianapolis Colts), three trainers had to vacate their offices during the season. This means that exactly five NFL coaching positions are currently vacant and another prominent one could follow.

Because in NFL circles, rumors persist that Sean McVay from the Los Angeles Rams is also seriously considering the future of his career. After becoming the youngest Super Bowl coach in history just last year, the current season has been anything but smooth. The Rams were unable to compensate for well-known departures and also went through a significant injury crisis. The future doesn’t look too bright either, due to aging stars, few draft picks and expensive contracts. In addition, there are probably personal problems for McVay,

Coaches elsewhere try to avoid such difficulties as much as possible, even if McVay’s Super Bowl ring would certainly be a very important pawn. All five teams that are now looking for a new trainer are still a long way off, but that doesn’t mean that some vacancies aren’t more attractive than others. None of them is perfect, after all, the respective seasons ended in failure. But teams still have different things to consider when speaking to new coaches.

The Houston Texans, for example, have a number of high draft picks that could help find the quarterback of the future and an interesting young squad to offer. There is also plenty of cap space. The past business years of the Texans candidates should give food for thought. Two coaches have been fired by owner Cal McNair after just one season in the past two years, and ex-general manager Brian Gaine couldn’t take it any longer. Not a particularly good sign for job security, many an NFL coach will say.

The Carolina Panthers and the Denver Broncos definitely have a relatively strong defense for a new coach, but there are big questions in attack. Carolina is desperately looking for its quarterback of the future and Denver is also still in shock after Russell Wilson’s miserable debut season in the Rocky Mountains.

Both teams are reportedly looking for attacking-oriented coaches so that they can make a step forward on this side of the ball. Carolina has already requested interviews with Ken Dorsey (Bills offensive coordinator), Ben Johnson (Lions offensive coordinator) and Frank Reich (ex-Colts head coach). In Denver, quite a few are anticipating the search for a bigger name to pull Wilson back on.

The biggest rumors currently circling in the rumor mill are ex-Saints coach Sean Payton, after which half the league will yearn, and Jim Harbaugh, who is currently still in Michigan at college blowing the whistle. Such names are certainly also interesting for the Indianapolis Colts and the Arizona Cardinals.

Both franchises need a fresh start, especially in Arizona things are in trouble. Many see a complete culture change as the only option, but with a horrendous contract for cruciate ligament injured Kyler Murray, that could be complicated. Especially when the signal caller, who has not won in the playoffs so far, is allowed to have a say with the new coach and owner Michael Bidwell has already announced that he considers a quick rebuild to be realistic.

Such statements will certainly be weighed heavily by potential head coaches, and interviews will be listened to carefully. Conversely, in the coming weeks, a number of coaches without previous managerial experience will again have the opportunity to take the most important step on the coaching career ladder in the NFL.

Understandably, the hottest names include some coordinators from the best teams from the past regular season, such as Shane Streichen, offensive coordinator for the Philadelphia Eagles, or Ken Dorsey, who is active in the same position with the Buffalo Bills. The Lions’ Ben Johnson is also very attractive because he made a lot out of relatively little in Detroit.

But defensive masterminds are also in demand. The San Francisco 49ers’ Demeco Ryans has quickly built a solid reputation in league circles. The same goes for the New England Patriots’ Jerod Mayo and the Denver Broncos’ Ejiro Evero. They are young, creative minds who have a good relationship with their players and could build new structures with enthusiasm. And that’s exactly what many franchises need.

The original of this post “Five teams face a fresh start after the sacking of the coach – the candidates!” comes from touchdown24.de.