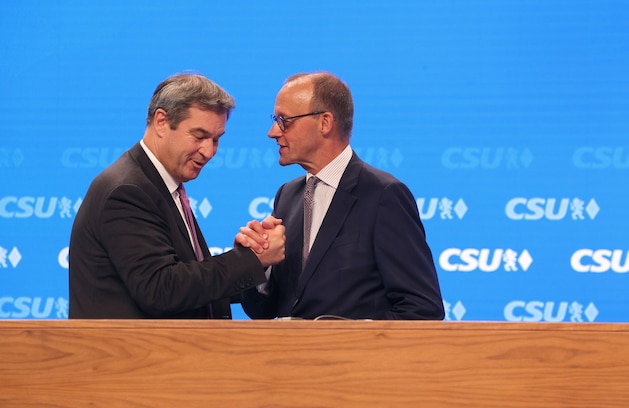 “Personally, I definitely have no more ambitions. The topic of candidacy for chancellor is done for me,” said the Bavarian Prime Minister Söder in a double interview that he gave to “Münchner Merkur” (Thursday) together with Merz.

“From my point of view, the matter is clear: the party leader of the CDU has a clear claim to leadership within the CDU. The CDU, in turn, normally takes precedence over the CSU,” emphasized Söder. He went on to say, looking at himself: “In the life of a CSUler,” the topic of candidacy only comes up once. Söder had applied to be chancellor candidate in spring 2021, but was defeated by the then CDU chairman Armin Laschet in a vote in the CDU federal executive board and subsequently withdrew his application.

Merz wants to wrap up the chancellor candidate choice earlier than before the 2021 federal election. “We have to make a decision by early autumn 2024 at the latest,” he told the newspaper – assuming that the next election will take place in autumn 2025, “which is more uncertain than ever with this traffic light”. It is important that the two party leaders of the CDU and CSU pull together, said Söder and emphasized the good cooperation with Merz. “We are both very bourgeois politicians. That helped when we both found each other after a difficult 2021.”