No own agenda, only instructions. Michalis Dimitrakopoulos uses this defense strategy to get Eva Kaili out of prison. He appears several times on TV and emphasizes the innocence of his client. He also delivers Kaili’s partner to the knife. An overview.

Eva Kaili’s first detention review date is on Wednesday. Kaili wants to be released and, as her lawyer Michalis Dimitrakopoulos emphasizes, has a good chance of being released.

Dimitrakopoulos first explained his client’s view of the corruption scandal in the main news of “ANT1” and then in the news of “MegaTV”. On Tuesday afternoon Dimitrakopoulos had already indicated on the “OpenTV” channel that Kaili would plead innocent -Spitz and her significant other It’s a wild story, straight out of a B-movie.

“I didn’t accept any money, the money doesn’t belong to me and I’ve never been corrupted” are probably the core statements that Dimitrakopoulos will give regarding Kaili’s answer to tomorrow’s question “guilty or innocent”. The lawyer threatens that she wants to break her silence. According to Dimitrakopoulos, she did not start a single action in relation to Qatar of her own volition. You don’t have an agenda. According to Dimitrakopoulos, her actions were closely coordinated with the President of the European Parliament, Roberta Metsola.

According to Kaili, the close advisor to the Speaker of the Parliament, Roberto Bendini, accompanied her on her trips to Qatar. Evidence such as e-mails and other letters are to be submitted to the Belgian judiciary in this context. “Kaili was the mouthpiece of the European Parliament and had no agenda of its own,” claims Dimitrakopoulos.

On the “MegaTV” channel, Dimitrakopoulos went so far as to claim that not only the EU Parliament but also the EU Commission had pushed for a “cosy course” with Qatar because Europe was dependent on the desert state’s energy sources in the current crisis. Dimitrakopoulos chose ironic words: He said that the energy crisis because of the war in Ukraine would require actions “to keep the citizens of the EU warm”.

Qatar didn’t need Kaili, the sheikhs negotiated directly with the EU leadership, Dimitrakopoulos explained on both TV channels. Since 2019, there have been efforts by the EU to forge closer ties with Qatar, Oman and Kuwait. The cooperation with Qatar was not founded by Kaili, it was rather the work of the EU foreign policy chief Josep Borrell and the EU commissioner for home affairs, Ylva Johansson.

But how do the words of praise for labor law in Qatar fit in with European values ​​and the at least 6,500 workers who died in connection with the construction of the World Cup? For Dimitrakopoulos, the answer is simple. He dismisses this objection by pointing out that Kaili’s statement on the situation in Qatar corresponds perfectly to what the International Labor Organization (ILO) would also say.

Kaili based her statement on the publications of the ILO. According to Dimitrakopoulos, Kaili’s employees have proven this to him. Accordingly, Kaili’s defense strategy can be summed up as “I was just following orders”.

On all three channels, the journalists confronted Dimitrakopoulos about the finds of money. How can so much money be explained if there is supposed to be no corruption? The lawyer had an amazing answer to this question. The money has nothing to do with Kaili, everything was brought to the house by her partner Francesco Giorgi. Dimitrakopoulos claims that no one can prove the origin of the funds.

Kaili can provide complete proof of all their real estate, their purchase and their account balance. Dimitrakopoulos delivers Kaili’s partner to the knife. The investigators should check his connections with the NGO of Pier Antonio Panzeri, who is also in custody, and his activities in Africa, he says.

The fact that Kaili’s father was caught with a bag full of money is no proof for Dimitrakopoulos. Giorgi gave him the bag with money, the lawyer continues, adding: “It has to be proven that the money comes from Qatar. Otherwise there is no corruption and no money laundering. Kaili has to be released tomorrow!” 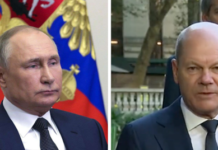 News Editor - 13/12/2022 0
No own agenda, only instructions. Michalis Dimitrakopoulos uses this defense strategy to get Eva Kaili out of prison. He appears several times on TV...