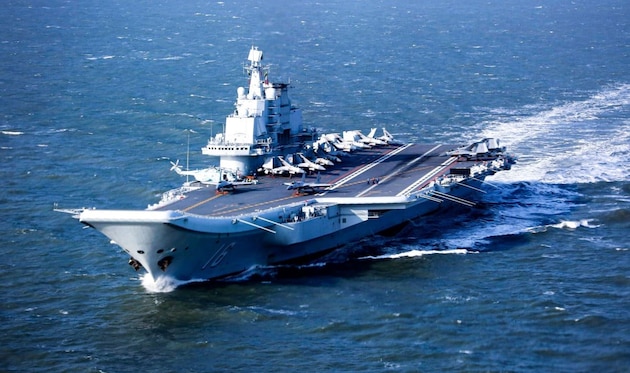 A small island in the South China Sea, only half the size of Baden-Württemberg, is attracting the world’s attention. The US President has reiterated that he would send the US Army to rescue Taiwan from the Chinese.

For his part, the Chinese president insists that Taiwan is part of his territory. A tangible threat of competition has started:

Reason enough to deal with Taiwan and the various economic and military interests. The Pioneer editorial team has created a Taiwan dossier that I would like to share with you in view of the worsening situation:

1. Taiwan is a tiny country with a rapidly aging and therefore declining population. Forecasts by Taiwan’s statistical office predict that the country, which currently has 23 million inhabitants, will shrink to just 17.3 to 19.7 million by 2060. According to these forecasts, the working-age population will almost halve from 17.2 million to 9.6 million between 2022 and 2060, and the number of pensioners will almost double to 7.2 million. In short and not good: The country is turning into a large old people’s home.

2. Taiwan is a hybrid state that was stripped of its membership of the United Nations on October 25, 1971. To date, hardly any state recognizes him as a nation. Recognizing states include the Vatican State and Senegal. Germany, on the other hand, follows the mainland’s one-China policy and does not recognize Taiwan as an independent country.

The fact is: The island of Taiwan was under Chinese rule from 1683 to 1895, under the leadership of the Japanese Empire from 1895 to 1945 and then fell back to China at the end of World War II. It was not until 1949 – after the defeat in the civil war against the communists – that Taiwan was founded as a state of the defeated Beijing government.

3. Economically, Taiwan is a giant, especially in the field of chip production. Around 63 percent of all memory chips in the global economy are produced in Taiwan. Almost 70 percent of the national product is exported. The main customers are China, the USA and Japan.

Taiwan has been able to position itself well ahead of China economically. The gross national product per capita was 33,143 US dollars in 2021 and thus ranked 32nd worldwide, ahead of Spain or Greece. China only manages 64th place.

4. China considers Taiwan its property. Similar to the reunification of North and South Korea, but also of East and West Germany, the incorporation of Taiwan is considered the supreme discipline of every politician in Beijing striving for historical greatness.

Most recently at the Communist Party Congress, President Xi Jinping said China seeks peaceful “unification” but “we will never commit to abandoning the use of force.”

5. The highly armed island kingdom, which is difficult to access due to the many mountain ranges, can hardly be conquered militarily – unless through total destruction. Around two thirds of the country consists of mountains of volcanic origin. 62 peaks are over 3,000 meters high. A military simulation by the Center for International and Strategic Studies (CSIS) in Washington concludes that around 10,000 Chinese soldiers would die in the event of an invasion. According to the simulation, China is likely to lose 155 aircraft and 138 warships. The country’s navy would be “in ruins”.

But a victory for Taiwan would only be possible with massive support from the Japanese and Americans, who would also have to make heavy sacrifices. Literally, the report states: “The US and Japan are losing dozens of ships, hundreds of aircraft and thousands of soldiers. Such losses would damage the US global position for many years to come.”

6. The US regards Taiwan as an important military and political bastion in the South China Sea as part of its increasingly China-critical stance. In January, a representative from Taiwan was invited to a US presidential inauguration for the first time. In April, Joe Biden’s administration announced it would relax decades-old restrictions on contacts between the US administration and the Taiwanese government.

Joe Biden recently pledged military support to the Taiwanese in the event of a Chinese invasion on the TV show 60 Minutes.

7. European interest in a military conflict in the South China Sea is less than slight. If there were a military conflict between the USA and China, German prosperity would be threatened in advance, because China is the most important export country for local industry outside of the West.

Henry Kissinger, the doyen of foreign policy, is also held in such esteem in Germany because he advises moderation in dealings with China and Taiwan. Kissinger described the visit of the Speaker of the House of Representatives, Nancy Pelosi, to Taiwan as “imprudent”.

The German interest in a continued peaceful relationship with China is overwhelming for political and economic reasons. A conflict over the island nation of Taiwan would widen the geostrategic gap between Europe and the United States. For the Germans, Taiwan is a friend, but not a reason for war.