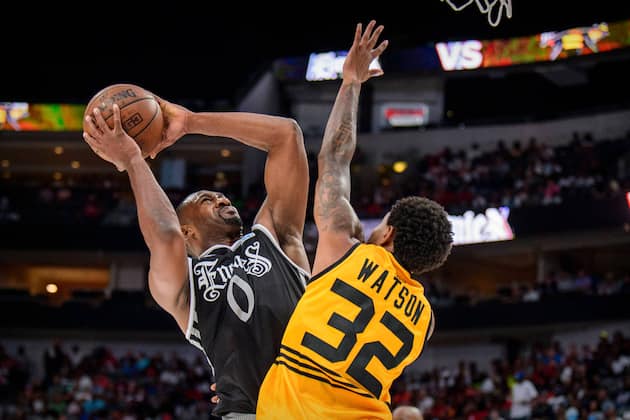 Most of you probably think of the gun when you hear the name “Gilbert Arenas”, but Gilbert Arenas was much more than that.

He was an elite NBA player, one of the best and most talented guards of our time. He was a three-time All-Star and a member of three All-NBA teams. In his second year in the league, Agent 0 won the MIP Award. In his prime from 2003-2007 he was a nightmare for any opponent.

In 2015, Agent Zero turned out to be a nightmare for a local county fair. While attending the Orange County Fair with his kids, Arenas won the basketball game 15 straight times, winning a slew of oversized stuffed animals in the process. He won so many of these awards that he was banned from the game.

The original of this post “15 wins in a row! Ex-NBA star cleared at fair and was banned” comes from OpenCourt-Basketball.