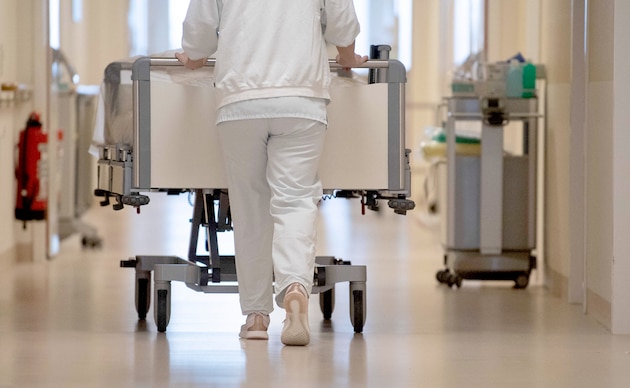 According to the will of the federal and state governments, the hospital landscape in Germany is to be fundamentally redesigned. Both sides want to work on a major hospital reform in the coming months, as Federal Health Minister Karl Lauterbach (SPD) and state representatives announced on Thursday after joint consultations. A first draft law for the reform is to be presented by the summer break. Lauterbach emphasized a joint approach “so that afterwards you have a reform that everyone has worked on”.

The switching conference dealt with the implementation of proposals from an expert commission for reforming hospital structures and financing. Clinics should therefore receive less money in the future based on the number of cases treated. Instead, the provision of beds, staff and certain services should be rewarded more. This should take economic pressure off the houses. In addition, greater specialization of the clinics is planned.

“We are on the eve of a necessary revolution in the hospital sector,” said Lauterbach. According to him, without a major reform, many hospitals would go bankrupt. According to the minister, the reform needs the approval of the federal states. They are responsible for hospital planning and also for investments in the houses. The health insurance companies pay for the treatments that are carried out in the clinics, that is a federal matter.

The current chairman of the conference of health ministers of the federal states, Baden-Württemberg’s minister Manne Lucha (Greens), spoke of a very good day for federal-state relations. It is very honorable that both are pulling together on the subject. The reform is about the question of having the right hospital in the right place with the right quality.

The federal and state governments are now faced with a complicated coordination process. Lower Saxony’s Health Minister Daniela Behrens (SPD) spoke of a “mammoth task” after the consultations in Berlin. Her counterpart from North Rhine-Westphalia, Karl-Josef Laumann (CDU), emphasized the competence of the federal states in hospital planning, and that this must remain the case for good reasons. “You can’t put a federal template over the hospitals.”

The German Hospital Society (DKG) welcomed the reform project as “absolutely necessary”, but urged quick action. The DKG fears a wave of insolvencies. Association leader Gerald Gass told the German Press Agency that the planned major structural reform would only take effect in the medium term. “But we must now end the cold structural change and free the clinics from structural underfunding.” He called for “appropriate refinancing” of increased costs, for example due to inflation.

Lauterbach pointed out that the federal government’s relief measures would compensate the hospitals for 100 percent of their additional energy costs. That will amount to six billion euros by April 2024, he said.

Although the EU will ban all new petrol, diesel and hybrid cars by 2035, manufacturers such as Toyota see a future for combustion engines around the world. The new VW boss, Blume, is now correcting the purely electric course of his predecessor at crucial points.