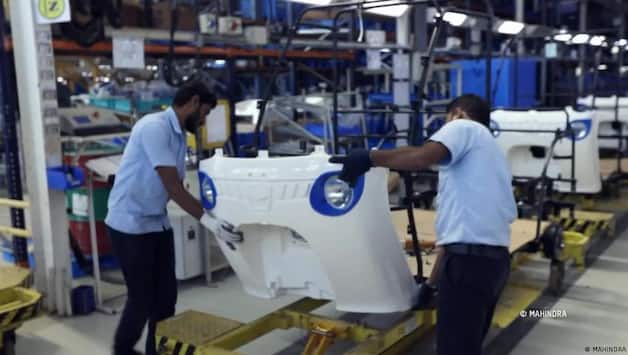 International conflicts are currently causing losses for globally diversified ETF investments. Those who invest more concentrated will find opportunities for better returns in 2023.

After investors had long earned well from globally diversified indices, the year 2022 ruined their returns with wars and international conflicts: the unpredictable Chinese zero-Covid policy inflamed inflation, the Ukraine war sparked it into a conflagration. The DAX lost over twelve percent, the MSCI World, one of the most popular ETF bases, dropped 16 percent.

Because the Ukraine war is ongoing and the Chinese government is threatening to start the next conflagration with its aggression against Taiwan, more and more experts are recommending investors to make more targeted investments instead of diversifying them as widely as possible. The global stock markets offer investors opportunities that they can use in the coming years.

Since the financial crisis of 2008, the USA has built fewer new single-family homes almost every year than the average since 1959. Today, the country, in which a much higher proportion of people live in their own houses than in Germany, lacks at least two million houses, probably more.

A look back shows how massively this backlog is likely to fill the orders of house builders in the coming years: Since 2008, the USA has usually built well under a million new houses annually. In order to work off the backlog, the construction industry has had to implement significantly more orders for years than it has in the past. At the same time, because more people than ever before are getting old by buying their first homes, demand is more likely to rise than fall for the foreseeable future.

Companies building or selling the missing houses or supplying the raw materials for them offer attractive investment opportunities. The market is currently offering a good entry opportunity because it is facing a correction due to overpriced real estate prices and rising mortgage interest rates. Many people can no longer afford houses. Prices and the number of new home orders are falling, and home company share prices with them.

However, experts expect a short, small correction: as long as there are no houses, interested parties will drive up prices and fill the order books, so the unanimous opinion. Mortgage interest rates, which have been falling again recently, also point to an easing. The chief economist for the National Association of Realtors, Lawrence Yun, expects house prices to fall slightly in 2023, but expect growth of 15 to 25 percent by 2025.

If the forecasts are correct, in three years US house builders, material suppliers and real estate agents will sell significantly more real estate than now at higher prices. A good opportunity for investors who want to invest their money for at least a few years. Since many banks offer ETFs on the entire US housing market or parts of it, they also save German investors the search for individual companies.

Anyone who wants to protect themselves from the imponderables of world politics will also find an internationally largely independent investment in the US housing market: Americans will always need houses, neither a lack of chips nor China lockdowns will slow down companies. Reassuring for defensive investors.

Those who want to avoid the MSCI World but want to diversify their money further can invest in the country that is trying to exploit China’s weakness: India. The country with a population of 1.4 billion had long closed to foreign companies, but now wants to attract large Western corporations to the country with the “Make in India” campaign and boost the economy.

So far, this strategy has been successful on the stock markets in India. Those who invested in the leading Indian index Sensex at the beginning of 2022 were happy about a gain of around 4.5 percent a year later. At the same time, the Chinese Hang Seng disappointed with a minus of more than 15 percent, the MSCI Emerging Markets with a discount of more than 20 percent. Indian investors were among the few winners in a difficult market environment.

In contrast to the much-cited 80 percent increase in Turkish stocks last year, Indian investors can hope for a continuation of the trend. Apple has already relocated the production of its iPhone 14 to the country, the government is subsidizing the settlement of other companies with billions, the country, unlike China, offers many young workers and a growing population. Experts are therefore anticipating higher growth rates in India than in the neighboring country in the coming years.

Unlike China, India does not limit foreigners’ access to its exchanges. Investors can therefore more easily invest in individual companies. Those who prefer to buy ETFs can find them at iShares, Lyxor and Goldman Sachs, among others.

The only disadvantage of the Indian market: Because of the better growth prospects, it is valued higher than, for example, the DAX. With a price-earnings ratio of around 24, however, it is in line with the average for the past ten years and well below valuations since 2019 – not cheap, but an understandable P/E ratio for a growth market. If it is still too expensive for you, you can get in with resets.