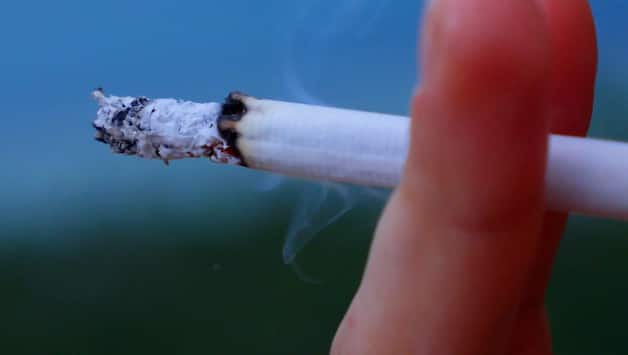 Former smokers have an increased risk of cancer and arteriosclerosis. A new study shows that four measures can still effectively extend the lives of ex-smokers. You can find out what these are here.

Quitting smoking not only lowers your own cancer risk. At the same time, this prevents cardiovascular and respiratory diseases and increases general health.

But even if the lung cells of smokers recover in most cases, there is an increased residual risk of various types of cancer. In addition, arteriosclerosis is increasing – especially in older people. However, a new data analysis by the US National Cancer Institute (NCI) now shows that ex-smokers in old age in particular can significantly extend their lives with some lifestyle changes.

In arteriosclerosis, cholesterol esters and other fats accumulate in the inner wall layer of the arterial blood vessels. The arterial vessels in the legs, the bifurcation of the carotid artery and the coronary arteries are particularly frequently affected. It can lead to cardiac arrhythmia, shortness of breath or chest tightness and, in the worst case, cause heart failure and even a stroke.

The research group first analyzed the data from numerous senior citizens regarding their diet and lifestyle, which had already been collected in 1995/96. Among the subjects were 160,000 ex-smokers who had given up smoking some time ago. On average, the ex-smokers were around 62 years old at the time the data was collected and had mostly given up smoking more than ten years ago.

With our PDF guide, you can finally quit nicotine in just 33 days – forever.

In the next step, they related the ex-smokers’ risk of death in the following 18.9 years to the following four lifestyle aspects: body mass index, diet in the “Healthy Eating Index”, physical activity and alcohol consumption. The healthier the average lifestyle, the more points the subjects received on a developed scale with a maximum value of eight.

The Healthy Eating Index includes a total of 15 food groups, each of which can be assigned a maximum of 100 points depending on their compliance with the various nutritional recommendations. In addition to the quality of the food, the variety in the diet also plays a role.

Subjects with a high value on the health scale died less often from respiratory diseases, cardiovascular diseases and also less often from cancer. The percentage effects of the various measures were as follows:

As the authors write, the determined dose-response relationship may indicate a causal relationship between a healthy lifestyle in ex-smokers and a longer lifespan, but this would never be proven in epidemiological studies.

However, reverse causality is possible – meaning that people who generally remain healthy in old age are more likely to have the strength and motivation to lead a healthy lifestyle.

The study authors recommend ex-smokers to work on all four aspects and adjust them to the recommended range. Still, even those who implement just one of the recommendations would gain some survival advantage.