With his Twitter debacle, Elon Musk has landed hard on reality. His other businesses are often characterized by grand visions. Musk wants to go to other planets, underground and in your brain. Those are his ideas.

Elon Musk is currently only making the headlines with new Twitter escapades. Sometimes he arbitrarily blocks and unblocks the accounts of journalists, then he has Donald Trump’s return to the short message service voted on just as publicly as he does on his own future as Twitter CEO. It was different in the past few years. Musk’s easy-going demeanor and grand vision for the future of his company and humanity dominated the news, earning him millions of fans. He should still have the visions, although they have now receded into the background. This is what Musk dreams of:

Musk’s probably biggest project is the colonization of our nearest neighbor planet Mars. For this he founded the company SpaceX in 2002. Six years later, the first carrier rocket flew into space, since 2012 SpaceX has been handling NASA’s supply flights to the International Space Station ISS, since 2020 manned space flights and since last year the first trips into space for private individuals. It should continue at this pace. In March, Musk announced the first manned Mars mission for 2029, and the first supply rocket to the red planet should start a year before at the latest. But even that should only be an intermediate step. By 2050, a colony for a million people is to be created on Mars. Elon Musk would then be 79 years old and would probably fly himself. “I want to die on Mars,” he said at a lecture in 2013, “just not on landing, please.”

You don’t even have to hike into the deepest Sahara or Antarctica to lose your internet signal, sometimes a trip to the Bavarian countryside is enough. Elon Musk wants to change that with Starlink. So far, it’s mostly been in the news when the US billionaire uses it to provide internet access to poor countries in need. This year, for example, he did so in Ukraine after the Russian attack. Musk has already launched over 3,000 satellites into space to fulfill his dream of a global network. More than 22,000 more are to follow in order to increase bandwidths and replace technically obsolete satellites. Theoretically, Starlink can already provide Internet access to anywhere in the world. Users only need a satellite dish to receive the signals, which Starlink also sells. In Germany, Starlink is already available with bandwidths between 50 and 200 Mbit/s, but for the hefty price of 80 euros per month.

Tesla is probably Musk’s biggest financial success to date and the reason why he can afford all other visions at all. With a market share of around 20 percent, the US company will again be the largest manufacturer of electric cars in the world in 2022. From 500,000 cars a year, Tesla could easily sell 20 million cars in a decade. But switching from fossil fuels to renewable energies and electric propulsion is only half of the plan Musk is pursuing with Tesla. It is more important to him to make e-cars autonomous. So far, this has only been partially successful, software updates have been repeatedly postponed in previous years. But Musk remains true to his goal: in the future, every Tesla should be part of an army of self-driving robotaxis. Car owners could thus earn money with their vehicles without having to sit behind the wheel themselves.

Machine enhancements to the human body are a popular theme in science fiction culture from classic anime like Ghost in the shell to episodes of the Netflix series Black Mirror. Elon Musk also seems to have seen it before he founded Neuralink in 2016. The name of the company says it all: Musk wants to develop computer chips here that can be inserted into the brain. In a first step, the will be used for the diagnosis and therapy of serious diseases such as Parkinson’s and Alzheimer’s. First of all, this is nothing new. There are already devices from cardiac pacemakers to cochlear implants in the ear that are supposed to help people.

But, as always, with Musk, that’s just the beginning. His vision is that in the future people will be able to interact directly with computers via the “neural link” in their brain. For example, we could send our thoughts directly to a smartphone. In animal experiments with a monkey, the monkey could only play “Pong” with his mind. Musk’s long-term dream is for people to be able to share their thoughts with each other, store them and transfer them to computers. Of course, this not only entails many technical, but also ethical problems and is therefore probably Musk’s most controversial vision. 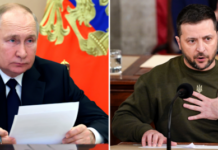 Despite Twitter escapades: From Mars to the brain: These are Elon...

News Editor - 22/12/2022 0
With his Twitter debacle, Elon Musk has landed hard on reality. His other businesses are often characterized by grand visions. Musk wants to go...