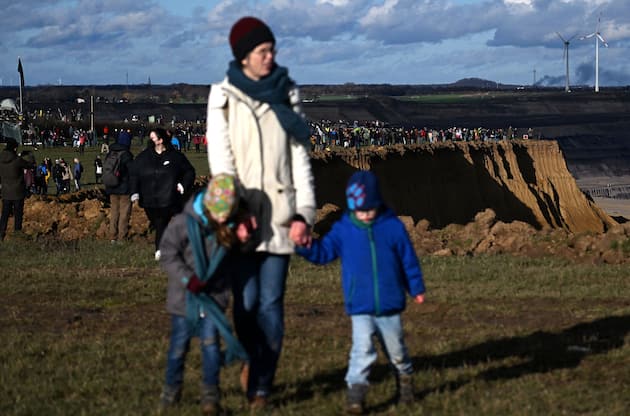 When I read the police report today, I was honestly shocked: It said there were families with small children among the occupiers of the lignite town of Lützerath. Small children? In the battle zone against global warming! Is it still okay?

As a father, I’m certainly not the “sausage keeper” type, as Axel Hacke portrayed him in one of his early columns for “SZ-Magazin”. As a matter of principle, I do not interfere in the upbringing of other children, unless something goes so wrong. “How dare you”, I would like to hurl Greta Thunberg’s probably most famous slogan at these activists.

If you break into someone else’s property because you think you can save the world’s climate there, I find that extremely questionable. But taking children with you to places where firecrackers, stones and Molotov cocktails are flying is as stupid as it is unforgivable. What do you want to show them? How mommy and daddy just save the world for a moment?

Your commitment to the planet is commendable, but please do it somewhere else. For example, as my colleague Hugo Müller-Vogg suggested, in front of the Chinese embassy. In terms of climate, the Middle Kingdom is of a different caliber.

But of course you know that yourself and in case of doubt even better. And yet you make your way to Lützerath, where RWE mines lignite with the blessing of the climate minister. “In my view, the empty settlement of Lützerath, where no one lives anymore, is the wrong symbol,” agrees Robert Habeck (Greens).

This irresponsible approach reminds me of the grizzled climate clerks from Munich, who had to spend Christmas in prison instead of with their families. A 42-year-old mother, who had traveled all the way from the federal capital to glue it down, said in all seriousness that she would rather not celebrate Christmas with her children (9 and 12) than watch as their future was stolen from them.

As a father, who certainly doesn’t always do everything right, I can only say: It’s the children who matter first. What use is it to them if their father, mother or both either neglect them or – at least as badly – endanger them because they want to save the climate in the wrong place from a global perspective.

Your request with all due respect, your actions not. Or as the Aachen police put it on Twitter: “The responsible youth welfare office is on site and takes care of it.”