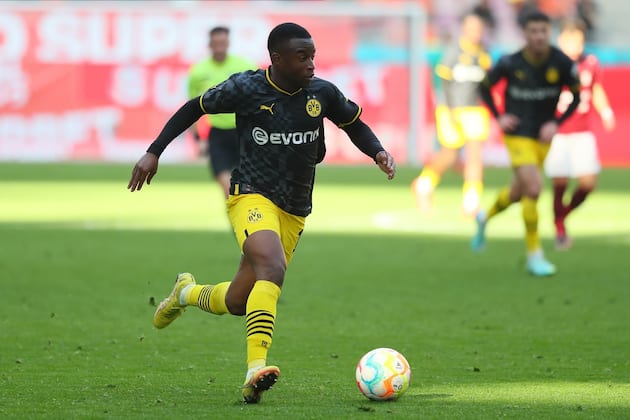 Borussia Dortmund and national soccer player Youssoufa Moukoko are said to be about to sign a new contract. According to information from the pay TV broadcaster Sky, BVB and Moukoko consultant Patrick Williams have come closer during the negotiations in Marbella.

The 18-year-old striker’s contract expires at the end of the season. According to media reports, several English clubs are said to be interested in the German center forward. Moukoko has been playing for Borussia Dortmund since 2016 and turned professional in 2020. At 16 years and one day, he is the youngest Bundesliga player to date and at 16 years and 23 days also the youngest goalscorer in the history of the league.