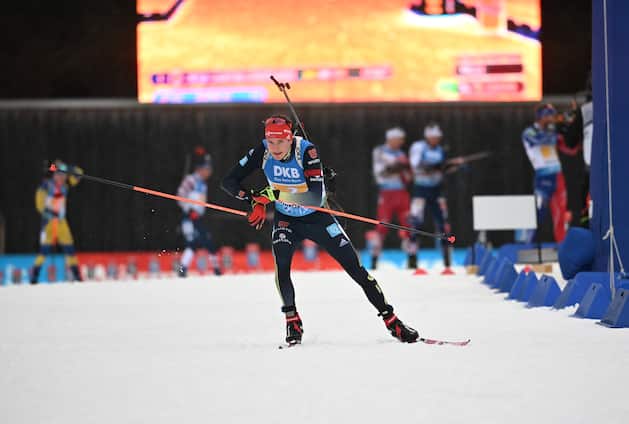 The German biathletes celebrate a success at their home game in Ruhpolding. The men’s relay completed a flawless race and finished second. The Norwegians around superstar Johannes Thingnes Bö confidently win after a bumpy start. The race to read.

Biathlete David Zobel leads the German relay at the home game in Ruhpolding as starting runner. For the 26-year-old, Friday (2:25 p.m. / ARD and Eurosport) is the first appearance in the men’s team this season. “I was incredibly happy to be able to run and I didn’t care in which position. I’m super keen,” said Zobel. Together with Johannes Kühn, Benedikt Doll and Roman Rees, the quartet of the German Ski Association should also get a podium finish in the third relay race of the winter. Norway has won the previous two competitions.

Especially the home crowd motivates Zobel. “This is my first home World Cup with spectators. That was a great feeling,” said the Bavarian about his impressions after the individual race on Wednesday. “I was a bit surprised at the first shooting at how loud it is, even though the trainer told me it could be much louder.”