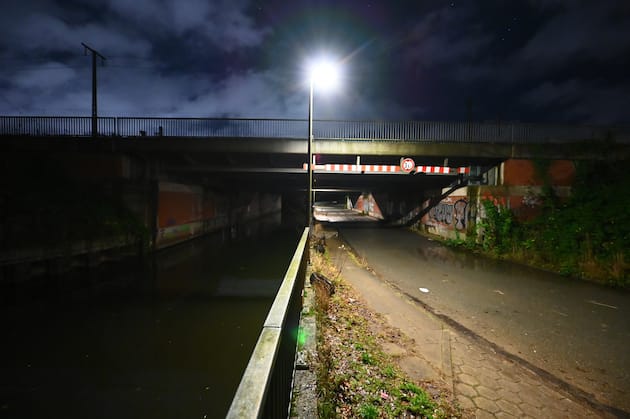 An ordinary Sunday morning takes a shocking turn for an angler in Hamburg: he pulls a bag of bones out of the water. It quickly turns out that they are human remains.

Gruesome find while fishing: a man fished a bag with body parts from the Ernst August Canal in Hamburg on Sunday. A police spokesman said in the evening that it was clearly human remains. Several media had previously reported. According to the information, the angler informed the police about the find around 11 a.m. Divers and the homicide squad immediately moved to the Wilhelmsburg district to search the canal for more body parts. The operation ended around 7 p.m. on Sunday evening.

Three bridges cross the site. A photographer from the German Press Agency reported that the next houses were more than 100 meters away and not in sight. Overall, it is a quiet place that does not invite to go for a walk.

The police spokesman did not provide any further details about the find. It is still unclear whether it is the remains of one or more people and of which sex. Homicide investigating. A police spokesman was initially unable to provide new information about the background to the find on Monday morning.

The case is reminiscent of a prostitute who went by the name of Rosa in Hamburg-St. George had worked. She was killed in the summer of 2017 and her body was dismembered. In the weeks that followed, body parts were repeatedly discovered scattered in the Elbe and in the Goldbek Canal. The case remains unsolved to this day. According to the police, there is no recognizable connection with the discovery of the body parts in Wilhelmsburg.