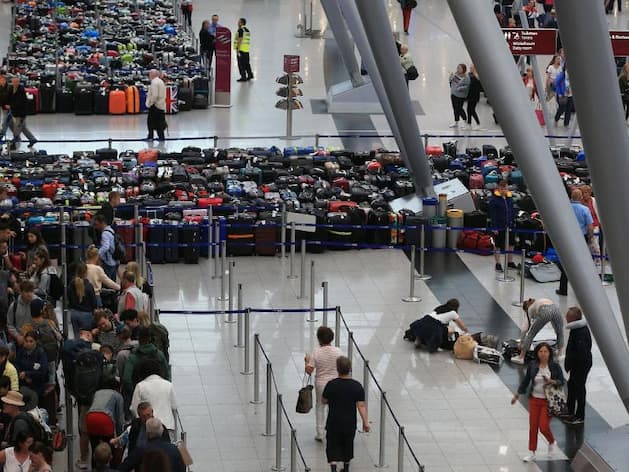 At Düsseldorf Airport, the largest handling company is not allowed to continue from April – just during the Easter holidays. Aviapartner does not want to accept that. And now Verdi is also getting involved.

Shortly before Christmas, Aviapartner got the bad news. The largest handling company at Düsseldorf Airport did not receive a further license extension for the period after March 31, 2023 after the North Rhine-Westphalian Ministry of Transport issued a tender. And that after 21 years at the airport and with 700 employees today.

The airport itself also relinquishes its own license. Two new companies are to come into play – in addition to the company Acciona, which will continue to be active in baggage handling. According to a report in the newspaper “Rheinische Post”, Aviapartner wants to appeal to the ministry against the unfavorable decision.

Now Verdi is also speaking up. The union regrets the decision not to involve Aviapartner in the granting of the license. She calls on “the ministry, the airport, the city of Düsseldorf, airlines and employers to come to a common solution that offers employees security”.

“Verdi does not rule out strikes,” it continues. The union criticizes that jobs are in danger, another year of chaos at the airport is imminent, the new handling companies have no collective agreements and would not have any staff. Aviapartner employees would have to “apply for their previous jobs with the new employers and receive insecure, sometimes temporary job offers with significantly lower income”.

The union calls on the future handling companies to negotiate collectively and Aviapartner to negotiate a social plan. The conflict is likely to be inconvenient for the new airport boss Lars Redeligx, who has only been in office since December. The time for the change is also unfavorable for the airport, as the Easter holidays in North Rhine-Westphalia begin on April 3 and handling is particularly demanding.

Aviapartner is a Belgian ground handling company. It is active at 37 airports in Belgium, Germany, France, Italy, the Netherlands and Spain. It employs around 6000 people in total.