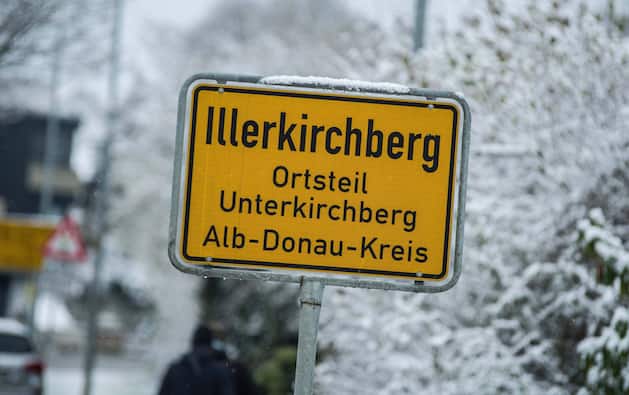 The convicted criminal had raped a 14-year-old girl in a refugee home in Illerkirchberg with other men in 2019 and therefore had to serve a prison sentence. After his release from prison, he was required to report to the police weekly and to remain in the Donau-Alb district.

The person concerned no longer complied with this, as the responsible regional council in Tübingen announced on request on Monday. The “Schwäbische Zeitung” had previously reported on the case.

A check revealed that he was no longer in his home. “He was therefore advertised by the Alb-Donau-Kreis district office to determine his whereabouts,” said a spokeswoman for the regional council.

“The repeated violation of the obligation to report to the police is basically a criminal offense. A criminal complaint has already been filed in this regard,” the spokeswoman continued. The district and the municipality of Illerkirchberg had demanded the man’s deportation.

The community made headlines in early December after a stabbing attack on two schoolgirls by a refugee from Eritrea.

Mayor Markus Häußler (independent) had stated that Illerkirchberg had been forced to house the convicted offender again. “The real solution would be deportation. The next best thing is to accommodate him somewhere else.” According to the district office, accommodation in another district was therefore not possible.

In a letter to Interior Minister Nancy Faser (SPD), Baden-Württemberg’s Justice Minister Marion Gentges (CDU) spoke out in favor of the man being deported to Afghanistan. Prime Minister Winfried Kretschmann (Greens) had explained that it was technically impossible to deport people to Afghanistan because no planes could land there under the current conditions. The federal government had suspended deportations to the country due to the security situation.