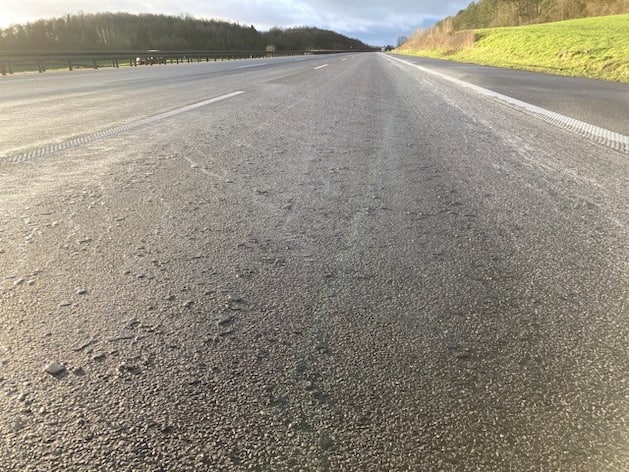 A tank truck has apparently lost a “white, powdery substance” on the A7, the police suspect. The highway has been closed for days over a length of around 60 kilometers. Special forces for cleaning despair at the stubborn substance, which is simply not to get rid of.

The Autobahn 7 in southern Lower Saxony remains closed for around 60 kilometers in the direction of Kassel because a “white, powdery substance” escaped from a vehicle. It is probably paraffin. The police suspect that a tanker truck lost its liquid on Sunday evening, which was then dried.The cleaning with 15 special vehicles did not bring the desired result, said a spokesman for the operating company Via Lower Saxony on Tuesday.According to the police, the search for the cause of the pollution is still ongoing.

Due to the substance, the road between the Northeim-Nord and Lutterberg junctions on the border with Hesse has become extremely smooth, it said. “Rain and the low temperature make the work more difficult,” said the federal highway company. As before, special vehicles would loosen the substance from the road surface with hot water under high pressure.

Paraffin is mainly used to make candles. It is not toxic, but according to the police, the waxy dirt caused it to be extremely slippery. The motorway was therefore completely closed on the affected section on Monday night. The nearby detour routes were completely overloaded.