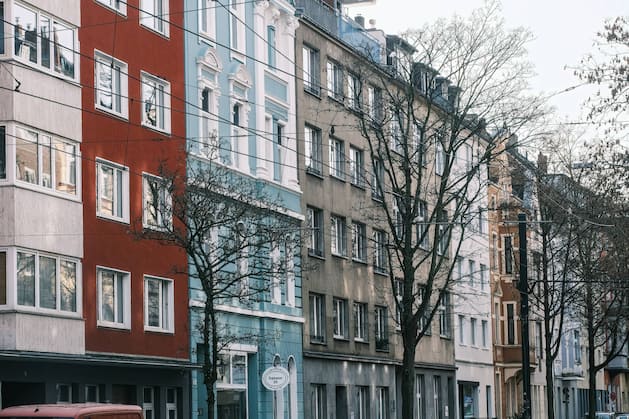 On November 10, 2022, the Bundestag passed the Housing Benefit Plus Act with a traffic light majority. It came into effect on January 1, 2023. The number of households entitled to housing benefit thus increased by around 1.4 million households. The payout is now difficult – due to a lack of staff.

Major reforms require some preparation. Federal Building Minister Klara Geywitz (SPD) also knows this. But as with many other major projects of the traffic light coalition, everything had to be done quickly, even with the “biggest housing benefit reform in the history of Germany” (O-Ton of the Federal Government). And then there are technical errors. In the case of housing benefit, this means: no housing benefit. At least until further notice.

Since the turn of the year, significantly more households should be relieved. Since January 1, two million households have been entitled to housing benefit instead of the previous 600,000. This can be applied for by those who do not receive social benefits but still have little money. In addition to the extended group of beneficiaries, the amount of housing benefit was also increased – by an average of EUR 190 to around EUR 370 per month.

The onslaught is huge and brings many city administrations and districts, whose housing benefit offices are responsible for payment, to their limits – and beyond. For example in North Rhine-Westphalia (NRW). “The number of applications in the housing benefit offices is increasing massively,” said Eckhard Ruthemeyer (CDU), President of the NRW Association of Towns and Municipalities, of the “Westdeutsche Allgemeine Zeitung”. “Some municipalities are reporting a doubling and the trend is pointing upwards.” Due to the thin staffing levels and the shortage of skilled workers, “significantly longer waiting times should not be avoidable”.

In Erfurt, Thuringia, for example, more than 8,500 applications were received last year, as the city announced. For the current year, those responsible expect the number to triple. In order to cope with the increase, more staff, rooms and equipment are needed, it said. However, it is not easy to find suitable properties. The processing time will be longer – also because new colleagues for the housing benefit authority would have to be trained at the same time.

The municipalities in Saxony-Anhalt are also expecting longer processing times. In Magdeburg and Halle, for example, the authorities assume a period of up to six months. “The applications are processed as quickly as possible on an ongoing basis,” said a spokesman for the city of Halle. But many applications are just a lot of work. So far, around 3,400 households were entitled to housing benefit, now there are around 10,200. For processing, the staff should be increased. But that doesn’t happen overnight.

In view of this flood of applications, Minister of Construction Geywitz has now called on the citizens concerned to be patient. Distributing four billion is of course a huge task, said the SPD politician on ARD. After all: “Anyone who applies for housing benefit in January and gets it approved, regardless of whether it is in February or the beginning of March, will also receive the money retrospectively from January,” she emphasized. True to the motto: Better late than never.

Do you receive housing benefit? What is your experience with the payout? Please send us an e-mail to mein-bericht@focus.de with the subject “Wohngeld”. Please state your name, age and place of residence.

All the same: Geywitz described the demand by the tenants’ association to issue more preliminary notices in view of the waiting times of several months as a “great suggestion” that has already been taken up. In urgent cases, the authorities could provisionally approve the housing benefit .

Even if the minister responsible is now visibly trying to limit the damage, the question arises as to how it could have come to this. In this case, chaos was inevitable. The federal government decides something that the municipalities have to implement. And that within a few weeks. “As a result, the municipalities lacked the necessary lead time to change processes and hire staff,” emphasized Helmut Dedy, Managing Director of the German Association of Cities, to the editorial network Germany (RND).

NRW Building Minister Ina Scharrenbach made it clear at the end of December: “With the housing benefit reform, the federal government is writing a menu on the menu, but does not want to prepare it itself,” said the CDU politician. “Instead, it puts the municipalities in the cold kitchen.”

Even before the vote in the Bundesrat at the end of November, the Bavarian Minister of Construction Christian Bernreiter (CSU) spoke of a “bureaucratic monster”: “The federal government is completely forgetting that processing applications and paying out payments cannot be handled with the existing staff if the recipient households triple”. according to Bernreiter. He promised to work primarily to simplify the regulations.

In Saarland, the social association VdK is already helping to fill out the housing benefit applications. For the free service, which is also open to non-VdK members, 180 volunteers were trained nationwide. “Our members’ willingness to help was overwhelming,” says VdK country manager Peter Springborn.

It shows that solidarity is lived even in times of crisis. “With the project, the VdK Saarland wants to make a contribution to taking targeted action against poverty and helping people in need to get their rights,” says Springborn.

Because the application for housing benefit is complex: numerous proofs such as rental certificates, salary slips or any notifications of other social benefits must be submitted. “That puts many people off at first,” reports Springborn. “One goal of our project is therefore that people in financial need should not be discouraged by the bureaucracy and the form itself.”

Where things are going surprisingly well with the housing benefit payment, at least according to their own statements, is the federal capital Berlin, which is otherwise not at a loss for a breakdown. During a visit to the housing benefit office in the Spandau district office, the governing mayor, Franziska Giffey, said: “Especially in times of crisis, it is important that the money now reaches the entitled citizens quickly,” said Giffey. “The state of Berlin has put in the turbo for this.”

The personnel and technical requirements for processing the expected applications were created within a very short time. “More than 200 additional employees in the district housing offices across the country will ensure that there are no long processing times despite the tripling of those entitled to claim,” explained the SPD politician.

With the new online procedure, Berlin is one of the first federal states to be able to submit applications completely digitally. It remains to be hoped that the repeat election in February will be prepared in a similarly accurate manner.