The once proud mining center of Gelsenkirchen is fighting against poverty, unemployment and the negative consequences of immigration. The Ruhrpott city, where Schalke 04 has its home, is fighting the downturn and its loser image with all its might. (Part 1)

Looks gloomy again over the Ruhr area. Everything gray in gray. Sleet is falling on Gelsenkirchen. People walk through the mud with open umbrellas. If you stand too long, you can feel the damp cold creeping up your legs.

The low is deepest around the main station.

In the afternoon, a man who was knocked out by alcohol crawled through the waiting room on all fours. A homeless man sleeps in front of the lockers. Someone tosses a coin into a cup that a beggar woman is holding in front of her with clammy fingers.

All just excerpts, all snapshots, for sure. But those who come to Gelsenkirchen these days do not have to look for poverty. You can find them on almost every corner. Inevitably.

The former coal stronghold, whose hard-working workers kept the economic engine of the Federal Republic running for a long time, is considered the “poorest city in Germany”. In a 2018 study that evaluated the quality of life in all 401 cities and counties, Gelsenkirchen came last.

If you were to do the same test again today, the result could hardly be better.

The fans of the Gelsenkirchen-based football club Schalke 04 know only too well what it’s like to be at the bottom of the table. But the traditional club, which experienced glorious times and still bears the exclusive title “Master of Hearts”, can work its way out of the basement again within a few weeks.

Gelsenkirchen cannot do that. It takes years to get back up. Realistically, decades.

The bitter conclusion of many surveys and studies: In no other place are the consequences of a total economic upheaval felt as painfully as in Gelsenkirchen – despite all efforts by those responsible to stop the decline of their city.

Gelsenkirchen has to spend more than 600 million euros a year on transfer payments. That’s nearly half of all the money the city has in the budget. The largest items include classic social transfers:

The numbers make it clear how heavily the contaminated sites of the past are pressing on the Ruhrpott city and its residents. But politicians, many entrepreneurs and committed citizens do not want to surrender to their fate without a fight. Step by step they try to lead their homeland out of the crisis.

For them, Gelsenkirchen is more than the story of broken biographies, crumbling facades and bleak future prospects, which is repeated over and over again.

For her, Gelsenkirchen is first and foremost a city where people stick together, no matter how bad things are for them. People who don’t let bad news get them down, but keep fighting. People with great life achievements who are straight forward, unpretentious and who remain optimistic against all odds.

The average Gelsenkirchener loves his city at least as much as people from Hamburg, Munich or Stuttgart love their city.

Of course, there is no Elbe Philharmonic Hall here, no English Garden, and the number of Porsches is not that high either. And maybe it’s a kind of love-hate relationship for many. A Facebook user put it in a nutshell: Gelsenkirchen is “simply a feeling”.

But emotions alone do not count. A city’s success or failure is measured by hard facts. And they are often distressing.

The cliché that nobody moves to Gelsenkirchen voluntarily is no longer true. For many immigrants, especially from Eastern Europe, the North Rhine-Westphalian city is a kind of place of longing. A paradise in which to live well and with pleasure.

Gelsenkirchen has always been considered a multicultural city, a place that has had plenty of experience with immigrants, both good and bad. In Rotthausen, the southernmost district of Gelsenkirchen, the development of recent years can be observed well. About 14,000 residents live here, a good 30 percent are foreigners.

Wikipedia lists the quarter as an “example of successful integration policy and the peaceful coexistence of cultures”. This sometimes reads a little differently in police reports and official records.

Just a few weeks ago, city officials combed several houses after neighbors complained again. The finds made by the law enforcement officers were remarkable: illegal lines through which the Romanian residents tapped electricity free of charge, catastrophic hygienic conditions and numerous cases of social benefit fraud.

Parents with six minor children, including an infant, lived in an apartment. The family was not registered with the authorities. Two school-age children had never seen the inside of a school. In the attic of a house, the officers discovered boxes of clothing, tools, household appliances and cosmetics in their original packaging.

Anyone who walks through the streets of Gelsenkirchen-Rotthausen is inevitably confronted with images that bear witness to deep poverty and despair, but also to violence and crime. Doors smashed, windows shattered, mountains of bulky waste in front of the front doors. Handwritten notes with Eastern European surnames are stuck to the residents’ mailboxes.

Forklift driver Matthias Hebebrand, who has lived in this district for almost 10 years, has just come from work. After pulling the empty garbage can from the street, he points to a three-story apartment building. Red brick, smashed front door, trashed backyard. “It’s unbearable,” he said.

“The worst thing is the sound of the rampaging rats climbing into the garbage cans and then trying to come out again,” says the 45-year-old. The scratching on the inner walls, the rattling of the lids, “really terrible”.

The city had already cleared the problem house, but it didn’t take long for new extended families to spread there.

While Hebebrand is talking about the conditions in his neighborhood, new neighbors are already arriving. On a street corner, six newcomers – three women, three men – are crouching between suitcases and stuffed bags.

When asked by the reporter what they want in Gelsenkirchen, one of the women replies: “We want to live here”.

Tip: Is yours included? – These are the ugliest cities in Germany 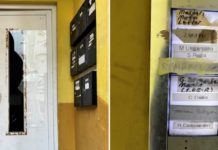 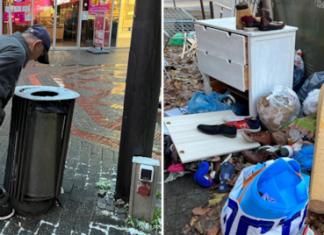 News Editor - 14/12/2022 0
The once proud mining center of Gelsenkirchen is fighting against poverty, unemployment and the negative consequences of immigration. The Ruhrpott city, where Schalke 04...

Column by Ahmad Mansour: Violence and Islamism are the ugly side...