The unknown object that the Connecticut Seawolf-type nuclear submarine of the US Navy (Navy) collided with in the South China Sea on October 2 turned out to be a seamount. This is reported by the portal of the US Navy Institute USNI News.

“During the investigation, it was found that the US Navy submarine USS Connecticut collided with an uncharted seamount in international waters in the Indo-Pacific region,” Seventh Fleet spokeswoman Haley Sims said. The results of the investigation of the incident will be transferred to the commander of the Seventh Fleet of the US Navy, Vice Admiral Carl Thomas. It is he who will determine the need to bring to justice.

The USS Connecticut got into an emergency during a dive. As a result of the collision, the submarine’s forward ballast tanks were damaged. The submarine’s nuclear reactor was not damaged.

Earlier it was reported that the USS Connecticut is a quiet, fast, well-armed ship equipped with advanced sensors. At the same time, experts noted that conditions in the South China Sea could become a test for the submarine’s high-tech sensors. In addition, American naval vessels use so-called passive sonars to detect objects. They allow ships to remain hidden from opponents, however, in a noisy environment, sensors could not notice a relatively small object. 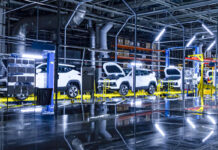 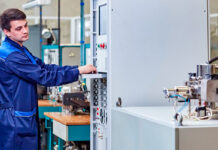